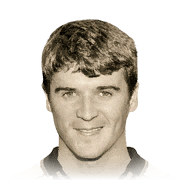 -
Sub out
Upcoming Matches
P. Chemistry
Squad chemistry
ST
77
RW
79
LW
79
CF
79
RF
79
LF
79
CAM
82
CM
86
RM
80
LM
80
CDM
88
CB
86
LB
85
LWB
85
RB
85
RWB
85
Reset
Basic
Sniper
Finisher
Deadeye
Marksman
Hawk
Artist
Architect
Powerhouse
Maestro
Engine
Sentinel
Guardian
Gladiator
Backbone
Anchor
Hunter
Catalyst
Shadow
Comments
Reviews
0
/600
Update my avatar Dos and don'ts
Top Rated
New
Controversial
Show comments
Top Reviews
Only logged in users can submit a review
A review must be written in English
At least 200 characters are required.
Compare this player to other similar players you have used(optional).
If you import your club to FUTBIN or send us an image with the player data(fill the form below) your review will be marked as verified.
Include what you liked about the player in the pros area and what you disliked about the player in the cons area.
Your review will be manually checked during the next 24 hours.
Chem Style Used
Formations
Position
Rate Player Base Stats (1-10)
Pace
5
Shooting
5
Passing
5
Dribbling
5
Defending
5
Physicality
5
Most Used In:
Submit Review

3.5
Keane- The solid one
4 users liked this review

I packed him out of the Baby/Mid Icon pack and was disappointed at first but he made it into my squad anyways, just because I was in need of an CDM/CM Icon. I needed some games to get used to him but after a time and when you realise where his strength are, he's a very solid player which I don't want to miss in my squad atm. You definitely need to play him next to a more offensive CM just because he completely unusable when it comes to the attacking part of the game. Still alright to to get out of you opponents pressing.

I wouldn't buy him but if you packed him untradable, play him and make your own oppinion.

-nearly everything when it comes to the attacking part

-Weakfoot (maybe SM but doesn't really matter for a CDM)

-seems to be a bit bulky sometimes

the only reason i see to buy keane is that you need a cheap CDM icon. it was the same with me. i needed him for the links and played him alongside renato sanches IF in a 4231. i bought him for 479k and thought the card looked actually pretty nice. the physic looks very good and the rest of the main stats are good too.

I'm sry but disappointingly he plays like shit. he feels like he has the biggest hangover from the night before. with shadow on him I really don't know why he was so shitty but i strongly advise you not to buy him. he feels a bit clunky like most CDMs and he seems like he doesn't want to get the ball. even with shadow on him he felt like he had 60 pace and like 70 aggression with around 85 defending. just not good enough for the price. with these physis stats you'd expect a way better performance

if you really need the icon link then spend more coins for a better icon or just leave it and look for another solution. rather play a player off chem than play keane. trust me.

AS WELL PLS LOOK AFTER YOUR MENTAL HEALTH AND MAYBE TAKE A BREAK OR TWO WHILE PLAYING OR EVEN TAKE A BREAK OF WL FOR ONCE, IT ACTUALLY FEELS GREAT AND YOU'LL BE MUCH MORE RELAXED trusssss me :)

cheap icon card when u look at his stats

seeming hung over, doesnt wanna get the ball

feels like he has med or even low def workrates

look for another solution he isn't worth it