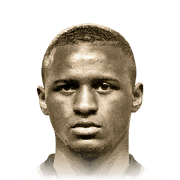 -
Sub out
Upcoming Matches
P. Chemistry
Squad chemistry
ST
80
RW
81
LW
81
CF
82
RF
82
LF
82
CAM
84
CM
86
RM
83
LM
83
CDM
87
CB
86
LB
85
LWB
84
RB
85
RWB
84
Reset
Basic
Sniper
Finisher
Deadeye
Marksman
Hawk
Artist
Architect
Powerhouse
Maestro
Engine
Sentinel
Guardian
Gladiator
Backbone
Anchor
Hunter
Catalyst
Shadow
Comments
Reviews
0
/600
Update my avatar Dos and don'ts
Top Rated
New
Controversial
Show comments
Top Reviews
Only logged in users can submit a review
A review must be written in English
At least 200 characters are required.
Compare this player to other similar players you have used(optional).
If you import your club to FUTBIN or send us an image with the player data(fill the form below) your review will be marked as verified.
Include what you liked about the player in the pros area and what you disliked about the player in the cons area.
Your review will be manually checked during the next 24 hours.
Chem Style Used
Formations
Position
Rate Player Base Stats (1-10)
Pace
5
Shooting
5
Passing
5
Dribbling
5
Defending
5
Physicality
5
Most Used In:
Submit Review

I just packed him today from rewards!! ik i am very lucky and ik this guy is very expensive but if you ever have the coins and looking for a cdm you should really buy this card. this guy suits every style of gameplay, whether you like to come at ur opponent or wait for him to come at you this tank will make the tackle and he will intercept almost every ball. He wins every header. he is very tall and a tank will send ur opponent shops. i used the anchor for the start and altoough he doesnt feel clunky as you probably would expect him to since hes 6 foot 4 i put an engine and he played better, his passing upgraded and became a great cm/cdm. i recommend playing him with an all rounded cm along side him! i never make reviews but i was so chuffed packing this guy and he is so good i had to! absolute game changer for me i used to get gold 3 this weekend i got gold 2 and went up 2 divisions! he also always finds the pass and gets so many assists.

Phisical: so strong will outstrenght anyone and win every header

Defending: shocked how good it was

shooting:not the best but he is a cdm

maybe the 3 star wf but its not bad at all!

after 7 attemps at icon sbc's, i finally got something and Vieira was the man coming out at the end of the tunnel. i know is price is stupid expensive but oh my. if you have the coins, you will not regret buying him. You remember when the game just came out and Sissoko was just everywhere running and buliying your midfield? Well it's that times 3. The guy is a goddam tank. He can do everything. I play him in a 442 beside FB Khedira and nothing goes through these 2. If you are a rich boy and looking for a tank, don't think twice. this god will carry your whole team to elite without a sweat

maybe not the best at shooting but can defo put it at the back of the net if needed.