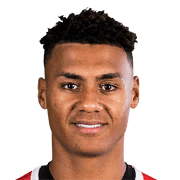 0
Sub out
Upcoming Matches
P. Chemistry
Squad chemistry
ST
81
RW
80
LW
80
CF
80
RF
80
LF
80
CAM
79
CM
74
RM
79
LM
79
CDM
62
CB
59
LB
65
LWB
67
RB
65
RWB
67
Reset
Basic
Sniper
Finisher
Deadeye
Marksman
Hawk
Artist
Architect
Powerhouse
Maestro
Engine
Sentinel
Guardian
Gladiator
Backbone
Anchor
Hunter
Catalyst
Shadow
Comments
Reviews
0
/600
Update my avatar Dos and don'ts
Top Rated
New
Controversial
Show comments
Top Reviews
Only logged in users can submit a review
A review must be written in English
At least 200 characters are required.
Compare this player to other similar players you have used(optional).
If you import your club to FUTBIN or send us an image with the player data(fill the form below) your review will be marked as verified.
Include what you liked about the player in the pros area and what you disliked about the player in the cons area.
Your review will be manually checked during the next 24 hours.
Chem Style Used
Formations
Position
Rate Player Base Stats (1-10)
Pace
5
Shooting
5
Passing
5
Dribbling
5
Defending
5
Physicality
5
Most Used In:
Submit Review

4.5
Ollie Watkins is a beast
15 users liked this review

He has played nealy 50 games for me and has scored 78 times. I in division rivals (division 1) in a 442 formation. I played him alongside Werner and he was not close to be as good as Watkins. He are smooth on the ball but is a little bit slow when im trying to turn around. He is deadly in front of goal with both feets and are really fast.

Hard for Liverpool fans to use

Prem strikers are hard to pick because they all seem so overpriced, at the time I got him Jesus and Richarlison were way too much for their ratings and when comparing Watkins stats to both of them I thought it was a steal to pick him up.

There is not much that lets this card down, for an 81 rated player he has done better for me than Jimenez and Aguero, his strength and pace combo is lethal and it shows through even online against good CB's, he has a way of wriggling through on 1 vs. 1's and his finishing is very good. I use finisher on him to boost shooting and dribbling as they both need a little bit of help, although once boosted he has crazy stats.

Shooting outside the box is useless with him, but 1 vs. 1's and headers he is very solid, the low drive shot and even finesse suit him well. From corners and crosses he also wins me a lot of headers, I think if you cross a lot maybe put a chem style that increases defending/physical for better headers, even without that he is quite good.

Dribbling isn't fantastic even with the boost but still good enough to get past some players, comparing him to my Aguero I had he is no where near as nimble as him but overall his other stats make him more usable for me and how I play.

His passing is surprisingly good, he feed my LF and RF a lot, but once the distance gets too long he is a bit shabby on the long through ball.