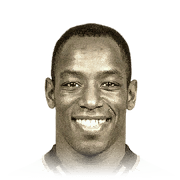 -
Sub out
Upcoming Matches
P. Chemistry
Squad chemistry
ST
86
RW
81
LW
81
CF
85
RF
85
LF
85
CAM
82
CM
75
RM
79
LM
79
CDM
60
CB
55
LB
60
LWB
62
RB
60
RWB
62
Reset
Basic
Sniper
Finisher
Deadeye
Marksman
Hawk
Artist
Architect
Powerhouse
Maestro
Engine
Sentinel
Guardian
Gladiator
Backbone
Anchor
Hunter
Catalyst
Shadow
Comments
Reviews
0
/600
Update my avatar Dos and don'ts
Top Rated
New
Controversial
Show comments
Top Reviews
Only logged in users can submit a review
A review must be written in English
At least 200 characters are required.
Compare this player to other similar players you have used(optional).
If you import your club to FUTBIN or send us an image with the player data(fill the form below) your review will be marked as verified.
Include what you liked about the player in the pros area and what you disliked about the player in the cons area.
Your review will be manually checked during the next 24 hours.
Chem Style Used
Formations
Position
Rate Player Base Stats (1-10)
Pace
5
Shooting
5
Passing
5
Dribbling
5
Defending
5
Physicality
5
Most Used In:
Submit Review

I was lucky enough to pack Mbappe at the start of the game so i had a bunch of coins to spare, so i decided to pick up one of my favourite football players of the past.

Famous for being extremely deadly in front of goal, i hoped he would translate that perfectly into the game and man my expectations were met.

Fast like no one else, deadly finishing and strength to push even Varane away, Wrighty is now to me Wrighty the Mighty.

He scored 33 Goals and made 15 assists in 26 Weekend League games. Nothing more could i asked for.

Finishing with an Hunter is so good he scored nearly every opportunity in front of goal.

With his small stature he had an amazing amount of strength

He has two cons.

Firstly he isn't very agile, which is clearly not good in the state of this game.

Finally only having 3 star skills is extremely negative because he can't do the Elastico or other skills to beat his opponents.

Bought him for the half of my fut champs, and scored 27 goals in 16 games.

He is a deadly machine in front of the goal, his dribbling and pace make him go past even the strongest defenders in a battle.

The only con is the 3-star skills, but it isn't needed for this guy.