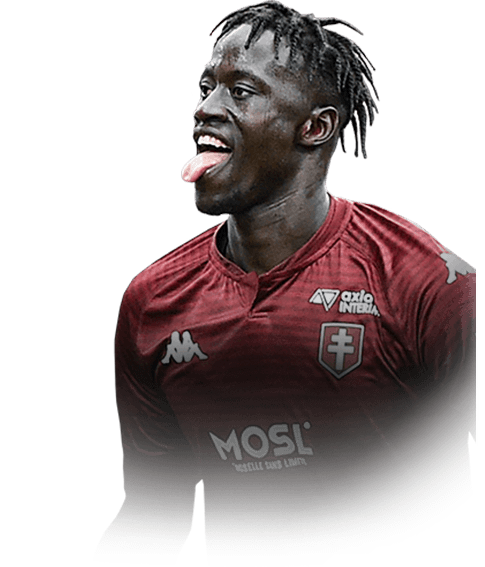 First, when I saw that the SBC requires 84 rated squad, I wasn't sure about him. But I said to myself "let's do him" and boy, it paid off. after 3 games with him ( as I said *short* ) I can say he might be the best striker in Ligue 1. I know Ben Yedder has 5* WF but accept that, he's better in any other in-game experience. He scored 7 goals and assisted 4 in only *3* games. So if you run with a Ligue 1 team ( or any hybrid you can use hin ) do him, I promise you won't regret that.

his passes lack some accuracy

This guy is an absolute God. This weekend I placed in elite 1 purely because of this man, out of the best ligue 1 strikers besides mbappe, he is by far the best i've used, compared to IF Depay and Ben Yedder. his pace amazing, shooting amazing, dribbling great and when he goes up for a header its always a goal and don't get me started on how strong this monster is. the one bad thing about this card is the 3*3*, tbh i don't really notice the weak foot as every time he shoots its a rocket of a shot.

This card was the perfect opportunity to link my untradeable Mane to my Ligue 1 squad. His stats look very good already, but DAMN, he feels even more overpowered in-game than his stats suggest. I play him next to Mane in a 41212 (narrow), and Niane scores more goals than Mane - 31 goals and 13 assists in 16 rivals games are way more than I expected from him. I am now going to enlist his pros and cons: