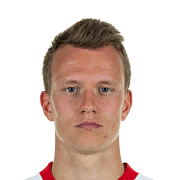 0
Red
Upcoming Matches
P. Chemistry
Squad chemistry
ST
75
RW
77
LW
77
CF
76
RF
76
LF
76
CAM
76
CM
78
RM
80
LM
80
CDM
83
CB
85
LB
86
LWB
86
RB
86
RWB
86
Reset
Basic
Sniper
Finisher
Deadeye
Marksman
Hawk
Artist
Architect
Powerhouse
Maestro
Engine
Sentinel
Guardian
Gladiator
Backbone
Anchor
Hunter
Catalyst
Shadow
Comments
Reviews
0
/600
Update my avatar Dos and don'ts
Top Rated
New
Controversial
Show comments
Top Reviews
Only logged in users can submit a review
A review must be written in English
At least 200 characters are required.
Compare this player to other similar players you have used(optional).
If you import your club to FUTBIN or send us an image with the player data(fill the form below) your review will be marked as verified.
Include what you liked about the player in the pros area and what you disliked about the player in the cons area.
Your review will be manually checked during the next 24 hours.
Chem Style Used
Formations
Position
Rate Player Base Stats (1-10)
Pace
5
Shooting
5
Passing
5
Dribbling
5
Defending
5
Physicality
5
Most Used In:
Submit Review

This promo has some sick cards, and he is definitely one of them! I waited almost instantly when he was at market because his normal is already broken, but this looks really good. Now he might not be the best non-icon defender YET but as I said he is a beast and if he gets upgraded he will definitely be probably better than Van dijk. I have used him in some Fut Champions matches and he is perfect. Fast, Tall, He even passes ok and with anchor he is quite strong. And he has a perfect link with Mukiele Rule Breaker

Will be the goat if he gets upgraded

78 strength (not bad with anchor)

Good thing is, since I used every meta non icon defender so far, I have quite a clear idea of who worked for me and who didnt. I already loved his normal card, but this is even on another level. I use him next to Alaba (one left footed CB is always very good, Alaba imo one of the best as well, despite his low price tag). I prefer Klostermann even over Joe Gomez IF and Varane, because in my opinion he does everything they do, but even slightly better.

His ball control and agility is better than most CBs but could obviously still be improved. Just dont try and attack with him and you're fine.

Before we get into the actual review, I would just like to say this is my first review, and I made an account just to review this beast. Ok, so I was lucky enough to pack this guy untradeable when the RTTF promo first came out from a rivals rewards pack. And immediately, I was excited, as he was the highest rated player I have packed all FIFA. I changed my team to fit this guy in, and his partners have come and gone, new formations, on 7 chem and 10 chem, and before and after the upgrade, and he has not disappointed whatsoever.

I am not kidding when I say this guy is FAST. He is insane. He has great pace without a chemstyle, but with the anchor that I use, this man is an absolute tank. He keeps up with my opponent's loan Mbappe's as well as the other top tier attackers. I will add more in the physical section about why it is so hard to pass for pace.

Now, I haven't used him as a striker, so his job isn't to score goals, but he has popped up with some great goals over the course of his time at my club. I can't recall any insane finishes, but he can score a tap-in. His heading from corners is insane tho, so most of his goals came through those.

I have been extremely surprised with how good he can pass the ball. Under pressure, he can find my teammates through my opponent's high press, and get the attack started. Short passing is great, and the between the lines passing is phenomenal as well. Just don't cross with him and he will do more than enough as a CB.

Well, he can't dribble like Firmino, but then again, he is a CB. He can pass his way out of pressure, just don't try to do skill moves or something with him when being pressed. He is quite big and strong though, so he can hold off an attacker for a bit while dribbling sometimes.

This guy never puts a foot wrong. Insane interceptions along with great reactions, defensive awareness, and tackling stats makes him an absolute BEAST. I swear, this is the best defender I have ever played with, and along with his pace and physical stats, he is incredible. I'm pretty sure this has to do with his high reactions and great defensive awareness, but either way, he is amazing. The heading accuracy is great on the defensive side, but on corners while attacking, he misses the goal quite a lot compared to the chances he has had.

This guy can JUMP. With an anchor he has unbelievable jumping, and he always gets above the defender regardless of who it is. Although he may not always score the chance, he will get to the ball. On the defensive side of things as well, he will win the header no matter who it is. He has even won headers against CR7!!! His stamina is great, he can always last a full game. Now, his strength with an anchor is unbelievable. No attacker can run by him because he has great pace anyway, and with the boosted strength, he just bodies people out of the way. The aggression is nice as well, always working hard in defense.

All in all, he is a game changer, and has made my team so much better. Even if he doesn't fit your team, if you can afford it, change your team to fit him in. This guy is well on his way, and probably is already, a club legend for me, and I look forward to using him in the future as well. Thanks for reading!!