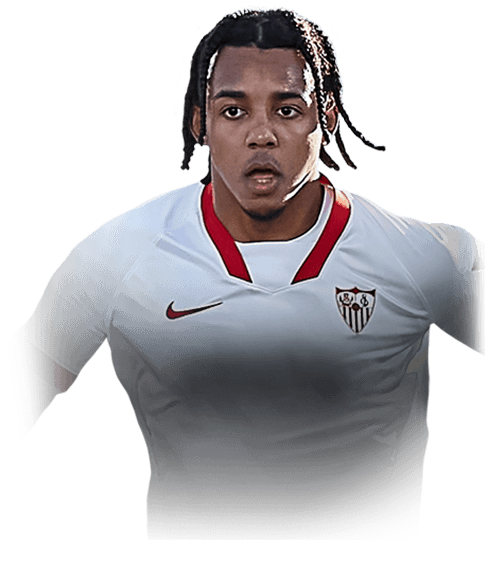 In my opinion Jules Kounde is a pretty solid centre back and a good pretty cheap option. He feels very quick and can keep up with most attackers, however sometimes he doesnt lock into the tackle and makes a mistake ut overall a decent option with good links.

There is a better version

Kounde tot is not what i expected.I bought him for 90k hoping for a solid centre back that i could rely on to stop fast forwards such as werner,aubameyang ect.He is very weak when battling for the ball,very little defending skills and has no chance on stopping strikers with a good physique.He is small,so almost every header is won by the striker.I would reccomend going for lenglet instead of on him.Lenglet is 70k cheasper than him and is way more consistend and reliable with his performances.