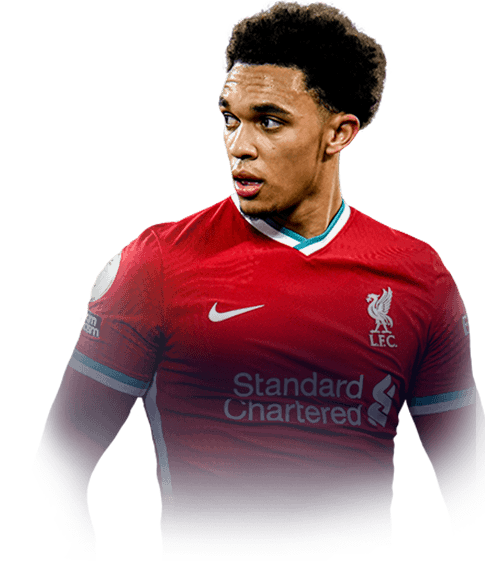 (First paragraph is about how happy I am I packed him. If not interested, skip to the next paragraph). So, like everybody else, I'd built up a lot of packs over the last year and saved them for TOTY. I had 197 packs saved in total, including a few Ultimate Packs, the 5x 85+ and the 25x 83+ packs, and started opening them as soon as 6PM hit on Friday, starting with the worst packs to get them out of the way. 195 packs later, my best pack pull was the new IF De Jong card, and not much good fodder aside from that. So I was desperate to get something from these last two packs, the 25x 83+ pack and the 5x 85+ pack. I went for the 25x 83+ first.....BAM!!!!! There it was, the purple flares! Out came Trent and I started dancing around my room! After 20 mins of dancing, calling friends, taking and uploading photos of my TV screen, I finally pressed X to see the rest of the pack, and there was TOTY Moments Fekir AND IF Bernardo Silva hiding behind him! Amazing! I then opened the 5x 85+ pack, and I got 1 86 and 4 85s. Whatever, the pack before somehow made up for the disappointment of the other 196 packs. Whew! Ok, now onto the review...

This is the team I decided to use him in (https://www.futbin.com/21/squad/5722490), changing to a 5-2-2-1 formation in-game, with Trent as RWB. I gave him an engine chem style and have him on balanced attack, normal interceptions and overlap.

Geez....where do I start with him? I've played 37 games with him now, and have just finished FUT champs as I'm writing this, getting to Elite 3 for the first time ever in any FIFA. Out of 37 games, Trent has 2 goals and 28 assists. 28 games were in FUT Champs and the rest were all in Division Rivals 3.

So let's start with his set pieces. Both his goals came from free kicks, which are amazing. There were a few other occasions where it was cleared off the line, or hit the crossbar. I don't know exactly how many assists came from his corners, but it feels like 8-10. I think I'm pretty good at scoring corners in general, but scoring at a rate of about 1 in every 4 games with Trent taking them is incredible.

Despite this, with the Engine chem style on him, free-kicks is actually his worst passing stat. First, his long passing in-game matches the 99 stat. I don't often use long passing, but ever since the first time I decided to chip through ball from deep in his own half for Neymar to run onto perfectly (and subsequently miss the open goal after I rounded the keeper) I started using long passing more and more, simply because he was so effective at it.

His short passing (from wide of the 18 yard box) and crossing ability is where the vast majority of his assists have come from, and they truly are pinpoint. I've tried crossing from deep with him a few times, and the quality on them have looked great (much better than others crossing from deep), although I have unfortunately not gotten any assists from these as they were defended pretty well.

His attack positioning and dribbling, combined with his pace, are what makes this card as a RWB so amazing for me, as it helps him constantly get into the dangerous positions. I can turn inside-and-out with him really well out wide to make room for the pass or cross. I really do recommend the Engine chem style on him, despite only 4% of Futbin users apparently agreeing with me.

If you've seen the squad I use him in, it is stacked with quality defenders both in midfield and attack, hence why I didn't focus on his defensive stats with a chem style. At RWB, his base defending stats are more than good enough, and his pace is obviously great. The 94 acceleration hasn't been a noticeable problem at all, and the increase to his agility and balance helps him turn quickly when up against both left-stick dribbling and many skill moves. He has been dribbled past a few times when I've come up against players better than me, but I think that's a 'me' problem rather than the quality of this card.

The only times I've been able to get him to shoot from open play is after he's taken a corner from the left and he's running diagonally across the pitch to get back into position. His finesse shots from range seem dangerous, but I haven't scored at all this way. The only shooting stat that really matters for Trent from open play is his positioning. I did take a penalty with him late in a game where I was 0-3 down, and it was saved.

Regarding headers, there aren't many occasions where I've had to head the ball with him; I do recall a couple occasions when defending a corner and the ball got near him but he lost the header, though neither occasion resulted in a goal.

His strength is apparently a weakness, but I've not noticed this at all.

The only slight issue I have with him is, when he's high up the pitch and I lose the ball, whilst he's mostly fine at getting back, there were a few occasions where I was really agitated that he hadn't gotten back quick enough.

Overall, he really does feel like the best RB/RWB in the game, as he should be, and he might even be one of the best wide RMs if you decide to use him there. 10/10 for me

i knew my luck when toty started as i saved my packs i knew i wasn't going to pack a toty so the only logical thing to do was sell what i could and buy one. I was able to buy trent for 1.07 mil and its the best decision i have made in a fifa. my mind set was to swap him with totw cancelo and deploy trent in many central midfielder spots and it worked like a charm. during fut champs i went 14-2 and played the remainder of my games in div 1 to snach up those rank 1 rewards. in total during those 30 games trent had 23 goals and 22 assists from the right cm spot of a 5-2-1-2, 4-1-2-1-2(2) and a 4-4-2 he took every single role except for penalties and scored 2 free kicks with 2 more hitting the cross bar and post. i started trent with an engine and it worked for a bit until i faced a toty davies at that moment i realized pace still means everything and slapped on a shadow. if you have enjoyed using kante or someone similar that you just track runs with toty trent is on another level he single handedly won a weekend league game for me where i had 27% possession he had 2 assists and about 15 interceptions in a 2-1 win. trent is the total packeage dont wast him at the full back spot put this bad boy in the middle of the field where he can wreak havoc on opposition attacks and defences.

comparison: if toty davies is usain bolt trent is which ever guy came in second

for 99 pace with a shadow he doesn't feel like he quite get up to full speed as quick as someone like davies, but that doesnt matter cuz he is still fast his track down speed is ridiculous and causes your opponent to make quick decisions which usually results in a loss of possession. his speed on the attack is also hard for opponents to deal with, if you get a yard of space your gone

comparison: remember that goal ronaldo scored against porto in the champions league..... ya that and only that

this is his worst stat and its not even terrible 97 shot power 90 long shots 70 finishing. you know how i said "and only that" ya he can only score from outside the box. He has an absolute cannon of a shot try a long shot with him and youll see why i say cannon. goalies dont realize the ball has gone by them until they see the hole that trent created finishing inside the box kinda let me down since one of those weekend league losses came after trent couldn't bury the 119 min dagger inside 8 yards. if u got a break away with trent shoot from just outside the box and you should be fine

comparison: search up beckham assists ronaldo....ya those types of balls all game long doesnt matter where you are on the field

best stat by far, I didnt realize how bad the rest of my players were at passing and how much those stats really matter. his passing was so good it made me sad when i had to pass with wijnaldum or de bruyne cuz i knew they couldnt do what trent does and that is give inch perfect passes. dont worry about varane and gomez just press triangle and see your player through on goal. no seriously i held triangle wanting to pass to the wing and trent basically said "nah i got a better idea" and found a man through on goal with 10 yard of space. the final passing stat is free kicks, ya your set for the rest of the game put his man on everything corners, free kicks, long free kicks he probably got about 9 assists and 2 goals from set pieces alone

having never watched young ibra i thought it would be a good comparison since hes known for being a great dribble but since he is tall he probably cant turn as quick as others like messi. so ya trent is a young ibra in terms of dribbling great ball control but slighly slower at turning compared to smaller people. the ball sticls to his feet and a quick r1 dribble can give you plenty of space for a devastating pass. honestly didnt dribble much with trent if i had room i was sending someone through with a pass or chip through so 8/10 cuz 3 star skills

now that you have returned from the defence compilation youll know he barely get hit the equivalent in fifa is that your opponent never gets a ball through. this is trents second best stat for me and it really shows. he is able to track runs better than anyone that i have used in the game. my opponent holding me to 27 possession was all trent, he had that much possession cuz he literally couldnt find a pass he waited all game for that one pass that would beat me but it never came cuz trent was everywhere paired with 99 stamina hes a nightmare to attack against. people actively avoided whichever side trent was one

comparison: also young Ibra minus some strength and jumping but plus stamina basically the aggression is the same

99 stamina thats it a perfect card made better, you need to press do it he'll still have energy. you need him to run back and forth all game ya he'll do that to. you want to funel the play to one side trent is your guy. jack of all trades, master of none nah master of all trades, jack of who the hell cares ppl have to suffer for 90 minutes trying to avoid this card

(i know theres grammar issues but this ain't a college essay so read through them thx for reading the review :)