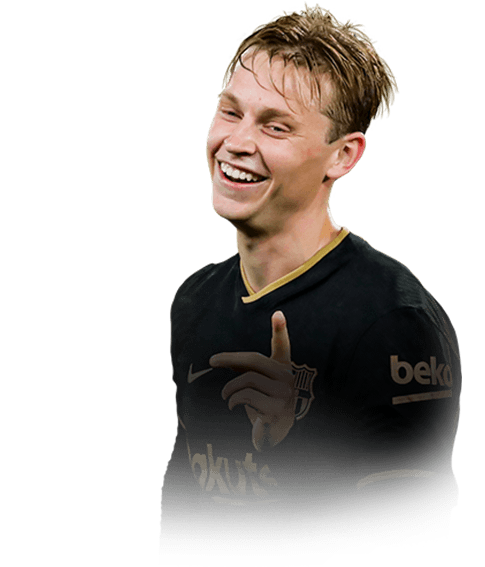 I didn't have much luck when it comes to what I packed in La Liga premium upgrade packs. At least I think I didn't. I was wrong. After many attempts, I packed this guy and he's really good in the midfield. I put him as CDM to my whole Fut champions and even on 7 chem, he was really nice. His stats are deceiving - he does nice interceptions and he's good with standing or sliding tackles, even though he should be much worse (according to his stats). His pace also does the job, the same as passing. Pity he can't shoot much, then he would be Gullit-a-like player.

I had some awesome pack luck during TOTY and was forced to swap my beloved IF Llorente for IF De Jong for chem reasons to make my new squad work.

They both played CDM in a 352. Sometimes as the holding midfielder next to a B2B, or as balanced CDM next to a similar player. While Llorente was a freight train with speed, power and direct play, De Jong does the same job just as well using different talents. He has smooth dribbling, top notch passing, and despite limited physical presence, he still wins back the ball easily with precise tackling.

I picked this guy up as soon as he came out; he doesn't disappoint. Well, it wasn't all plain sailing. He is quick, top class on the ball with his passing and dribbling but his defence and physicals leave a bit to be desired in the CDM role. After trying him out as a CDM in a 4-2-3-1 I switched him to a box to box CM in a 4-1-2-1-2 and he felt much better. He didn't require his strength, or lack of it, and felt like a proper ball player. He had as much stamina as John Terry under the bed sheets. His 3* Week foot was a bit of an issue but not massive. But the big issue was his shooting. As soon as he pushed forward, in and around the box, Frenkie felt like I was shooting with Phil Jones; I don't think I scored a single goal during WL with him. This leaves anyone who buys this card and issue; accept that he might get bullied at CDM, or except he can't shoot. The choice is yours.