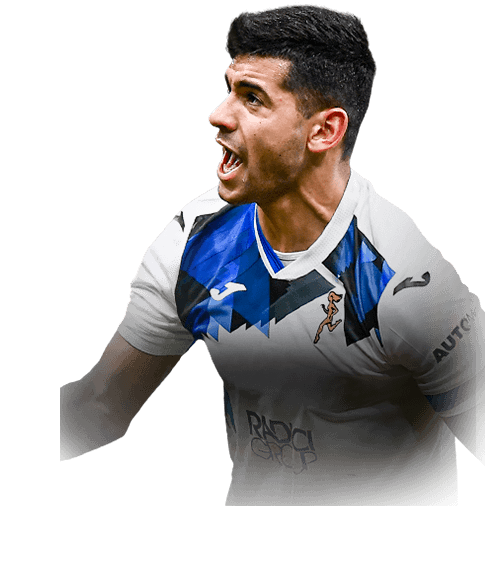 0
Red
Upcoming Matches
P. Chemistry
Squad chemistry
ST
60
RW
57
LW
57
CF
58
RF
58
LF
58
CAM
59
CM
66
RM
60
LM
60
CDM
79
CB
85
LB
78
LWB
75
RB
78
RWB
75
Reset
Basic
Sniper
Finisher
Deadeye
Marksman
Hawk
Artist
Architect
Powerhouse
Maestro
Engine
Sentinel
Guardian
Gladiator
Backbone
Anchor
Hunter
Catalyst
Shadow
Comments
Reviews
0
/600
Update my avatar Dos and don'ts
Top Rated
New
Controversial
Show comments
Top Reviews
Only logged in users can submit a review
A review must be written in English
At least 200 characters are required.
Compare this player to other similar players you have used(optional).
If you import your club to FUTBIN or send us an image with the player data(fill the form below) your review will be marked as verified.
Include what you liked about the player in the pros area and what you disliked about the player in the cons area.
Your review will be manually checked during the next 24 hours.
Chem Style Used
Formations
Position
Rate Player Base Stats (1-10)
Pace
5
Shooting
5
Passing
5
Dribbling
5
Defending
5
Physicality
5
Most Used In:
Submit Review

Got him in an 75+ rated pack and since I have a Serie A team decided to try him out.

He's quick and agile for a defender so can be used in a high line high press tactics. He's very smooth and responsive in game and covers a lot of ground and makes a lot of clean tackles. He can back to cover a striker in behind. Even better for me when I got Freeze Gosens who together make a partnership that's very hard to break down and to get past. Also because I use 4-2-4 having two quick and agile CBs let's me allow the two CMs to move forward more often and have the security to lose the ball more often. So don't let the 13k price put you off as he might be hard to link in non Serie A teams but if you can then he's very good.

His stamina is something I've haven't had a problem with using pressure on heavy touch but can be worth it to make the defence sit a bit deeper towards the end of the game. Also, his passing and dribbling are fairly average for a defender.

Defensive awareness can mean he's occasionally not where you want him and rarely beaten 1v1.

Headers and jumping are not that good for 85 on both stats with a shadow he can be bullied on corners.