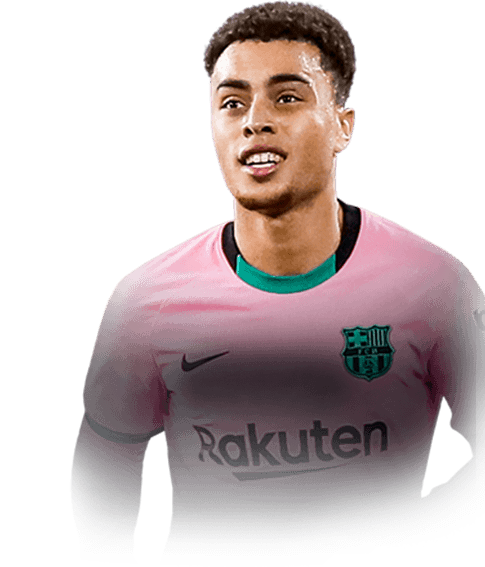 -
Sub out
Upcoming Matches
P. Chemistry
Squad chemistry
ST
80
RW
86
LW
86
CF
85
RF
85
LF
85
CAM
86
CM
86
RM
87
LM
87
CDM
87
CB
85
LB
88
LWB
89
RB
88
RWB
89
Reset
Basic
Sniper
Finisher
Deadeye
Marksman
Hawk
Artist
Architect
Powerhouse
Maestro
Engine
Sentinel
Guardian
Gladiator
Backbone
Anchor
Hunter
Catalyst
Shadow
Comments
Reviews
0
/600
Update my avatar Dos and don'ts
Top Rated
New
Controversial
Show comments
Top Reviews
Only logged in users can submit a review
A review must be written in English
At least 200 characters are required.
Compare this player to other similar players you have used(optional).
If you import your club to FUTBIN or send us an image with the player data(fill the form below) your review will be marked as verified.
Include what you liked about the player in the pros area and what you disliked about the player in the cons area.
Your review will be manually checked during the next 24 hours.
Chem Style Used
Formations
Position
Rate Player Base Stats (1-10)
Pace
5
Shooting
5
Passing
5
Dribbling
5
Defending
5
Physicality
5
Most Used In:
Submit Review

Sergino Dest was purchased tonight, and given an opportunity to play as a defensive CM in the 5-2-1-2. I applied the anchor chemistry style and was all set to play. I used an ultra-attacking variant of this formation in FUT Champs, with TOTY Davies at striker. Feel free to check out my review of Davies on his player page.

Dest was purchased for 320k, a decent price for a player of his caliber. In the 7 games I have played with him so far, Dest has outperformed numerous midfielders I have used in the past. Also, I came up against the pro, Exraa, and held a lead for 70 minutes, while still playing offensively. Dest was one of the main reasons for this, holding a midfield well, alongside Showdown Acuna. Considering he was facing 90 Gullit, he did a great job.

Ultimately, Dest is a rock in the midfield who excels at numerous parts of the game. Considering his price, I would give him a rating of about 9.1. He is great value for coins as a centre midfielder, and I assume he would also excel as a right back or a right midfielder in 3-5-2. Give him a try!

Let me start out by saying that he is ridiculously good. I bought him expecting a fairly good player and instead I got an amazing player. I play him CM in a 4-3-2-1 with Maestro chem style. In just 11 games I've scored 9 goals and gotten 2 assists with him in Weekend League (but I'll get deeper into that in a minute). He is simply everywhere on the pitch and excels at every role. His card displayes High/Low workrates but in-game it feels like High/High. Now I'll get into each card stat.

He is lightning fast, either attacking of defending he outruns any player. On top of that his base card has 97 agility which makes him feel very very smooth when running. Playing him at CM with that pace means he can very quickly go from CM to CDM to CAM.

His base card has 88 dribbling which goes up to 94 with chem style. He is simply a master dribbler. His balance and composure might not seem exceptional but trust me when I say that it does feel exceptional. His agile dribbling is some of the best I've used this year and on top of that he has 4* skill moves which is just enough for most of us players.

He displays a solid 85 passing that goes up to 90 with chem. He's not the best passer, but the vision in his passes is without a doubt what I needed for a good CM. With 4* weak foot he can pass almost equally as good with either foot.

Base card shows 70, with chem he's got 75. This is a complicated stat. Let me start out by saying that his attack positioning is the best I've seen this year, he simple makes the attacking runs and gets into perfect position - I may even add that he's usually better positioned than my Moments Dybala. Now that said, even though his attack positioning is the best, his finishing is bad, but I mean horribly bad. Yes, I scored 9 goals in 11 matches with him, but those goals he scored where ones that requiered just a slight push of the ball, anything more complicated than that would end in a miss. So conclusion: Incredibly good attack positioning, very weak finishing.

With 86 defending stats he's a solid defender. Due to his height he sometimes isn't able to effectively pressure some of the taller and stronger players like POTM Haaland but can quickly shut down players like Mbappe and Neymar. His interceptions are great thanks to his pace. His heading accuracy isn't that good, but if you play him CM or RB you won't notice it often.

He's got a really solid physical with 85. He's strong enough to not get easily bullied by the meta players and pretty darn aggressive. But my favorite stat here is his stamina - at 97 he can run the whole game, now combine 95 pace with 97 stamina and you've got someone you won't ever need to sub out.

So thats my review. He's a solid player that can successfuly fulfill any role. He costs around 300k right now which I consider maybe even underpriced. I was so impressed with him that I had to write this review and, in fact, this is the first player that I've given a 5 star rating.

I packed Dest out of the 85 x2 pack and just had to send klaiber to the gulag. I had to change my whole team around ingame but damn it was worth it! I finished on Elite 3, while i usually stop at gold 1. With the GLADIATOR I used on him he can shoot and definitly defend. With his pace he could cover the whole wing defending and attacking. I absolutely loved playing with him. He feels very agile and he just has that suprise factor that he can shoot very well. He scored some finesse shots, some first post goals and chip shots from outside the box from the right. His defending is also very very good as he recovers the ball most of the time and then its counter time. If you have the coins and want to play him as I did.. GET HIM NOW, he won't dissappoint!

I don't have any cons as of now.