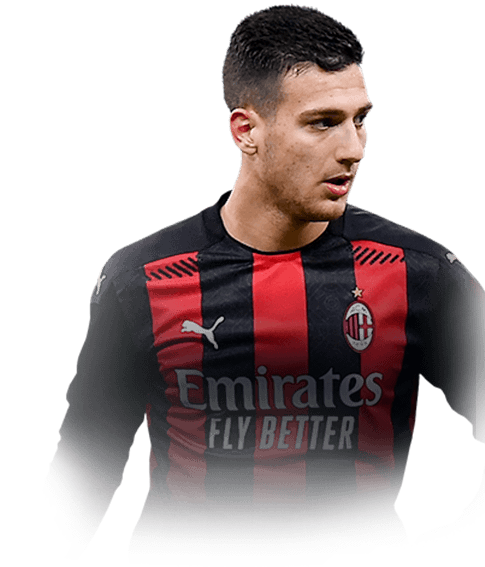 I was pretty sceptical about this card at first, so jumped into 2 games of rivals with him. Expected him to be no better than 85 Kyle Walker, but my god was I wrong. I'm debating using this guy over Klaiber and Tavernier this Weekend League, with tonali and flashback cr7 linking him in. He provided 2 assists and no goals in the two games, both of which were crosses, one to ronaldo and one to dybala. His passing isn't good enough to play at CDM, storyline Duncan is much more suited to the CDM role.

Pace - was able to catch up with mbappe and mane easily

Interceptions - Really good, much more apt to making these interceptions and blocks without command

Dribbling - even at 6'0 felt really smooth on the ball

Shooting - but as RB not an issue

Passing - Bit on the low side but as long as you don't try 90-yard switches with him you'll be fine.

I Link him with Theo IF, 98 pace with shadow is insane... also he has 98 interceptions and great agility and balance, so its easy defending with him.

Better than Theo in CB

Genuinely insane. i replaced my third inform theo hernandez for this beast and im so happy i made that decision. This guy is amazing value. He never messes up a tackle and never accidently fouls or anything. Im linking him to ribery and bruno who is playing cb (cdm) however i switch bruno and bruno guimareea3dfadfa or whatever he's called in game around. The first thing you notice on is base card is that he isn't the fastest and he has quite decent dribbling and defending stats. but with a shadow he is soooo fast and it genuinely doesn't matter.

Pace, short passing and crossing. agilirt and dribbling ll round. slide and stand tackling. his interceptions are fantastic. physically his strength and aggression are fantastic. and he always wins an aerial

shooting/finishing. his stamina could be higher. links wise he is a bit eh. but he does have that link to that new tonali. 3* 3* could be better but i genuinely dont care. unless players are attackers i dont thi k 3* 3* really matters.