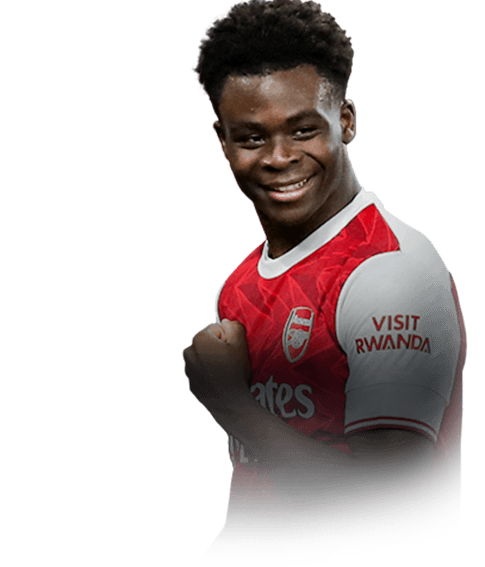 I was so lucky and got him in a Player Pick Pack and i was absoloutely buzzing. He is by far the best Player i have used this year as he scored 107(!) Goals in 36 Matcheswith 8 assists, only in Fut Champions and Division Rivals League 1. I am using him in a 4-2-2-2 as a Striker next to my red Ben Yedder. He is unbelivably fast, agile and his acceleration is out of this world. He can easily outpace any defender or skill around everybody as he is doing it so fast. His Finishing is unreal too, he sometimes hits the post but in front of goal, 9/10 shots go in. You can really feel his Attacking Positioning as he`s always in the right position and overruns the defense with ease. If i have to compare him to somebody, i can only say FUT Birthday Maximin from last year, as he really is that good. He is the Perfect Striker, get him if you can!

Finesse Shots, especially outside the Box

Defending is good for an Attacker as he sometimes wins the Ball in the Opponents Half.

A little bit too weak sometimes, but he glitches through most Situations lol

Saka was extinct for a few days. His price range is adjusted and now finally players are able to cop him from the TM.

I was, after 14 hours, lucky enough to snipe him. Since players can buy him now it's probably a good time to write a review.

I played my boy Saka LST paired with Future Stars Bergwijn at RST in a 442(2).

In 15 games the mad lad was able to score 35 goals and assist 30 times. All games in Fut Champs.

My tactics on him where: stay central and come back on defence. He was the player that connected my midfield with my attackers.

I used the marksman chemistry style on him.

Now on to the review.

He is probably the best player i've used this year. Purely fifa wise. I have no strings attatched with the English Prem or Arsenal. So he has no sentimental value for me. The only player that comes close to what Saka is capable of is Neymar.

His pace is insane. The most crazy acceleration i've seen all year. If a defender is covering him, do a fake shot or shot cancel and press the sprint button. He doesn't need the bridge skill move to leave everyone behind, if the defender does a slight hesitation you are gone.

His shooting is outstanding. He just doesn't miss. Seriously. No cap. He scores from every angle. Note: he doesn't have the finesse trait but he bangs long range finesse shots on his left foot in like its his every day job(I guess it kinda is). His AI attacking runs are also incredible. You don't need a get in behind instruction on him, he does everything himself.

For his passing he ofcourse isn't a Xavi or Iniesta but its still very very good. Most wrong passes where user errors. I've seen people complain about the current passing problems in game, lots of bad passes. He doesn't seem affected by it. Long passing can sometimes be a bit to hard or to slow.

Dribbeling: YOU DO NOT NEED SKILLMOVES WITH THIS MAN. Realy, he is soooo smooth with the left stick dribbeling, its insane. With his pace, boosted dribbeling(marksman) and lean body type he glides or you can even call it fly across the pitch. Snapping quick reactions and incredible ball control. Probably the best dribbeler i've tried this year.

Saka is also able to defend realy well. With his 70 base def he is able to win balls back in the midfield with no problem. Haven't scored a header with him, so his heading isn't top tier.

Now on to his PHY. This is where saka outshines other pacey smooth dribbelers. With marksman he has 85 strength with 80 agression and 95 balance. I'm not gonna say he is as strong as a Drogba or something. But he is still very strong on the ball. Considering he has that lean body type he is able to bully CBs from time to time. Saka is very annoying to get off the ball. Do a good tackle and he recovers in an instant. He is a player that gets 'jam' and you legit have to tackle him 2/3 times to be able to clear the ball safely.

Now for my final words. Is he worth the (atm) 2,4m price tag? I think so. He can realy carry your team. He is also incredible versitile. You can play him at st,cf,cam,rm,lm,rw,lw, hell you can even play him cm as a box to box with a gladiator chemstyle.

For me he is worth every coin and every second I spend on him(sniping). Do I thik you should sell your whole squad just to buy Saka and pair him with half decent gold players? Probably not. This year more then every you need a good all round team imo.

Thank you for reading my review and I hope I helped some people out.

This is my first ever review in many years of fifa. The reason for that is simple: this card excels all expectations.

This game doens't offer you decent gameplay on a regular base, so it can get the best of you from time to time. So therefor I just try to find and play with players that make the game playable for me.

We all had the feeling ==> new card, looking forward to use him ==> gamplay makes him feel the worst purchase ever ==> you get frustrated ==> sell player again ==> making tons of losses.

Well let me tell you this... once you get your hands on this card, there is no need to sell him. This card plays so smooth you consider this gameplay better than ever. Win win ==> fun on the game, not another 150k loss on a single card.

I play the 4 3 1 2 formation. Saka plays up front with sterling (inform 90). Bernardo silva freeze is my CAM. I know the meta is otherwise but I am a rebel; I ignore the mbappe/neyney-meta. As samual tarly once said: I am tired of reading about performances of better men. So i try to create my own meta.

Now back to the man who deserves it. Saka. You obviously would like to play with him with marksman.

My advice= sorry guys, i'm just being honest. Get this card, use him, and have fun in this game as much as possible. You've went through enough not to play with this card from now on. And now the sorry part.. sleep on him. Only a saka TOTS will be worth selling him for. Oh, one final note. He feels like an attacking version of alph davies. For those who tried him, a reference.

Honestly only pros, besides from 1 con.

Finesses outside box, rather inconsistent.