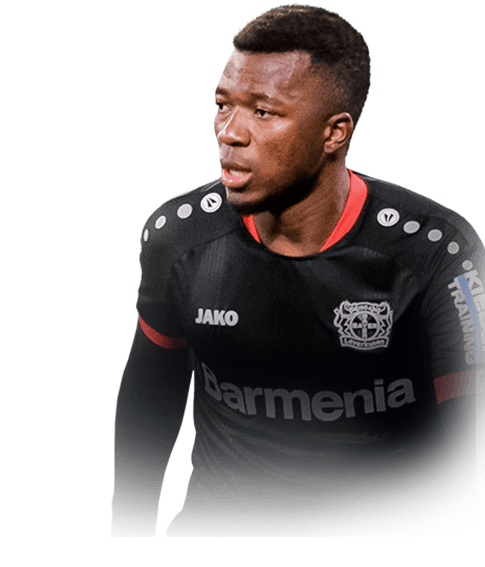 -
Sub out
Upcoming Matches
P. Chemistry
Squad chemistry
ST
72
RW
69
LW
69
CF
71
RF
71
LF
71
CAM
72
CM
77
RM
72
LM
72
CDM
86
CB
89
LB
83
LWB
81
RB
83
RWB
81
Reset
Basic
Sniper
Finisher
Deadeye
Marksman
Hawk
Artist
Architect
Powerhouse
Maestro
Engine
Sentinel
Guardian
Gladiator
Backbone
Anchor
Hunter
Catalyst
Shadow
Comments
Reviews
0
/600
Update my avatar Dos and don'ts
Top Rated
New
Controversial
Show comments
Top Reviews
Only logged in users can submit a review
A review must be written in English
At least 200 characters are required.
Compare this player to other similar players you have used(optional).
If you import your club to FUTBIN or send us an image with the player data(fill the form below) your review will be marked as verified.
Include what you liked about the player in the pros area and what you disliked about the player in the cons area.
Your review will be manually checked during the next 24 hours.
Chem Style Used
Formations
Position
Rate Player Base Stats (1-10)
Pace
5
Shooting
5
Passing
5
Dribbling
5
Defending
5
Physicality
5
Most Used In:
Submit Review

I just want to give you guys a few information on this card, so if you want to know this card, you have to buy it! He is my cb next to Moments Jerome which makes expectations on him insanely high, so he had to deliver... AND HE DID! He is fast like a meteorite and strong like steel. Comparing him to Jerome I noticed two majore differences, Jerome tends to get a bit out of position from time to time, this guy is like a robot and sticks to the enemy like glue and Jerome's agility is not top notch, this guy will turn immediatly and rip the enemies heart out. His heading is insane and pacewise, I have seen nothing like this so far (he is as fast as adama and walker if, but he is 1,92 m in addition, so it feels so unfair tackling with him from behind, he will extend his legs to the moon). Obviously, his big problem is his nation, but I can tell you guys just give that headliners hradecky a chance, he was fenomenal for me this WL (Elite 2).

Elite agility for a CB of this size

When I saw Tapsoba's card in team 2 of FFS I was immediately impressed and knew I needed to get this card. I used his gold card in friendlies whilst grinding Reiner's card and his base stats were really good.

I waited for this card to drop to 700K and purchased him to finish my rivals, partnered with Moments Boateng at the back. This card has been a solid addition to my team and plays exactly to his stats! His pace is so crazy and he's able to keep up with the top cards on this game. His passing is really good but he could do with better vision. He feels nice on the ball but don't try to do too much with him on the ball. He does have really good quick recoveries though if he gets caught out and he saved the day in many matches when Boateng got caught out.

Defensively and physically this card is up there with the best and he's a joy to play with outside the usual meta.

A lot of people have been dragging this card but I always say as much as its down to your experience other factors have to be taken in such as gameplay/servers and manual defensive errors which we don't all own up to. This goes for any card really not just his card. If you have a enough icons or a bundesliga team and want a great CB to use alongside Klosterman, Upa or Boateng this is your guy.

Think of Tapsoba as a combination of VVD and Walker, not quite as strong or defensively sound as VVD and not quite as fast as Kyle, but the combo perfectly compensates the significant shortcomings of those two.

I play 8-10 depth and I can say i prefer Tapsoba to base VVD, Varane, Gomez, RTTF Zakaria and Bastoni by quite a margin actually. Don't get me wrong, he is not perfect and my Prime Cannavaro has better positioning, but generally he is solid. Regarding his tackling and autoblocks he is on par with Varane (9/10) but behind VVD (10/10). His agility and balance, however, is quite a bit better than Varane, and is great for manual jockeying. He still lost his balance after tackling SIF Depay when Depay pushed him afterwards, causing me to concede a goal. By far the best thing about him is his raw PACE. He is the only defender I've used that can catch up to SIF CR7 AND at the same time could tackle him from the side/ block his shot at max speed.