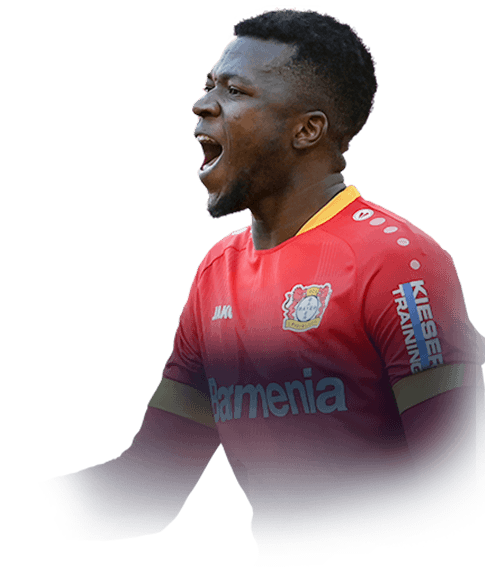 -
Sub out
Upcoming Matches
P. Chemistry
Squad chemistry
ST
76
RW
75
LW
75
CF
76
RF
76
LF
76
CAM
79
CM
84
RM
79
LM
79
CDM
93
CB
93
LB
88
LWB
87
RB
88
RWB
87
Reset
Basic
Sniper
Finisher
Deadeye
Marksman
Hawk
Artist
Architect
Powerhouse
Maestro
Engine
Sentinel
Guardian
Gladiator
Backbone
Anchor
Hunter
Catalyst
Shadow
Comments
Reviews
0
/600
Click here to verify your account in order to comment Update my avatar Dos and don'ts
Top Rated
New
Controversial
Show comments
Top Reviews
Only logged in users can submit a review
A review must be written in English
At least 200 characters are required.
Compare this player to other similar players you have used(optional).
If you import your club to FUTBIN or send us an image with the player data(fill the form below) your review will be marked as verified.
Include what you liked about the player in the pros area and what you disliked about the player in the cons area.
Your review will be manually checked during the next 24 hours.
Chem Style Used
Formations
Position
Rate Player Base Stats (1-10)
Pace
5
Shooting
5
Passing
5
Dribbling
5
Defending
5
Physicality
5
Most Used In:
Submit Review

The reason i say #2 is because i said the same about Desailly. But this beast just had to 1 up him, in litterely EVERY way. My defense now contains this 6'4" monster and a small little 5'11" ake to help him out like a little minion. But being serious, picture your ideal cb on fifa. Then make them a crap nation and crap team, voilà you have yourself tapsoba. Nothing can compare to him at cb - i'd say the only player is vieira, but vieira feels bigger ingame and a bit stockier/ heavier when it comes to cb. Anyways i played 2 games with him in wl, 1 MAD rigged, 1 normal. The mad rigged one was just stupid anyways - look at the penalty decision at 1:50 was just dumb. But yeah the 1st game is the only one that was a proper representation of how good he actually is. BTW - DO HIM. He's soooo cheap for the card. Even if he doesn't fit your team. You'll regret not owning him, (I assume he'd be around 750k-1mil tradeable on xbox).

6'4" with good jumping and heading accuracy

https://www.ea.com/fifa/ultimate-team/web-app/?showoffId=dFTAGyYunW115:FFA21PCC, This is the squad I have used him in. He is The BEST Cb I have ever used. He is so much better than Campbell moments, goldson, desailly prime and many others. His height, strength and agility is insane. He is super fast too. Complete defender. His SBC is super worth and I recommend everyone to complete it. Such a beast for low price. Only better defenders are probably Varane TOTS and maybe moments Ferdinand/some others Tots but except for Varane can not really tell.

-he is hard to pair with someone

Wow, What a card. I'm not the richest player, so when I got just enough fodder from my 83x25 pack to complete this sbc, I was very excited. I had watched some reviews on him and all I heard was positive feedback, so I went and submitted my squads, boy am I glad I did. Nothing gets past this guy, he's like a black hole, intercepting every pass. And when it comes to 1v1s, just press your stand tackle button and get ready to counter-attack. He's almost perfect, his monster height and physicality combined with good agility is a recipe for disaster (and winning all your games). Oh yeah, and his pace. Let's say your opponents gold Mbappe gets past him, don't fret, just hold right trigger and catch him. And finally, I assure you that a gold Neymar won't somehow outbody him, played 5 matches against people with Neymar and he got snapped everytime.

- Almost max defending with a shadow

-Almost everything about this card is good

- I don't know many players from Burkina Faso, do you