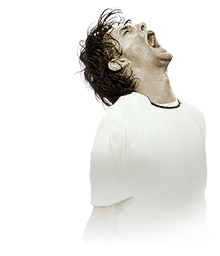 Completed the mid/prime pack and pulled a prime Cruyff, after 20 games and 2 goals I decided he was too stiff and bought this absolute don. After 20 games and 58 goals I can comfortably say he slaps prime Cruyff all over the pitch. All you meta slaves out there can suck my ass because this man is 10x the player of any Mbappe and CR7 card you can have. Now lets go through the king's stats:

Passing: Could find Maddie McCann with that 69 vision.

Dribbling: The likes of Varane and Gomez can't get near this man.

The title might seem a bit boring, but really, it sums him up.

All games played with him are Div Rivals 3-4.

Honestly, he feels horrible when you're focusing on trying to get him to do something with the ball anywhere from more than 20 yards from the goal. After a couple games, I quickly learnt to just lay it off to the closest teammate possible as soon as he gets it. Because if you try to do anything, he'll just get tackled with ease.

But inside the box, mannnnnnn, he is clinical! First of all, I reckon about 10 of his goals have come from corners. Without even trying, so many of my corners go to him and he wins the header way too often, mostly around the near post. Sometimes, even with the opposition keeper being brought out for the corner, he actually seems to get ahead of the keeper in an automatic animation to tuck the header home into the near-post corner!

I do cross a lot, and he does just seem to have his own animation when it comes to getting in front of the defender to get to the ball, and he is hugely clinical.

If he receives the ball to feet in the box, and is surrounded by defenders, it is difficult to take more than one touch with him. But if you're able to get your shot off straight away, either with a first-time effort, or a one-touch BANG, then his shots fly into the corners of the net! I also find his weak-foot to not be an issue inside the box, as he is very clinical with his left too.

If he gets the ball just outside the area, it's pretty much the same deal; have a shot and it will normally be a good one. I've probably scored about 5 from outside the area.

His passing feels atrocious, so I don't really know how he got 9 assists, but I do just pass it short to Neymar/Jones/Sancho who can then go on and score, but I've not noticed any amazing passes with him. In fact, simple passes can often just go astray when the teammate is literally 5 yards away from him.

He's not good for through balls either. I mean, he's always in position to receive a good through ball, but once he gets it, if he's more than 30 yards from goal, he will just get caught up by the defenders, or bullied off the ball. I have scored a couple of goals from through balls with him, but compared to the number of through balls I've given him, it's actually really poor.

In summary, he is an end-of-the-cross merchant, but little else, really. However, 32 goals in 24 games is sensational and one of the best scoring records I've achieved with any player I've used in FIFA 21. Frustrating player to use, and not enjoyable at all, but he scores a lot of goals somehow.

Literally everything that's not listed in the pros.