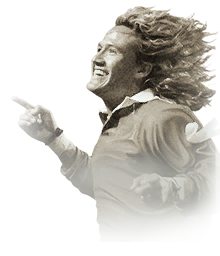 Luis Arturo Hernández Carreón… one of the many El Madator’s in Football History and certainly one of the greatest players to don the famous El Tri jersey.  Hernández joins the company of only a few ICONs in FUT without the likes of Barcelona, Real Madrid, Bayern Munich, and Manchester United on his CV.  Yet, his contributions to the beautiful game still more than deserve acknowledgment and recognition in pixelated form.  With Hernández I was dealing with some serious FUT nostalgia… which can be a dangerous thing.  In past FIFAs I have always used a version of Hernández at some point in FUT and often he has become a staple in my squads as a starter or coming off of the bench.  The difficulty comes from separating yourself from those good memories and trying to remain impartial throughout the review.  This time around I was using Hernández in a formation that really suits his eye in the 4-3-1-2 (which many want tactics for and will be on my YouTube: MaeNine Wednesday) and went with the HAWK chemistry style to bolster his quality.  El Matador was the ringleader all weekend long in the following squad: 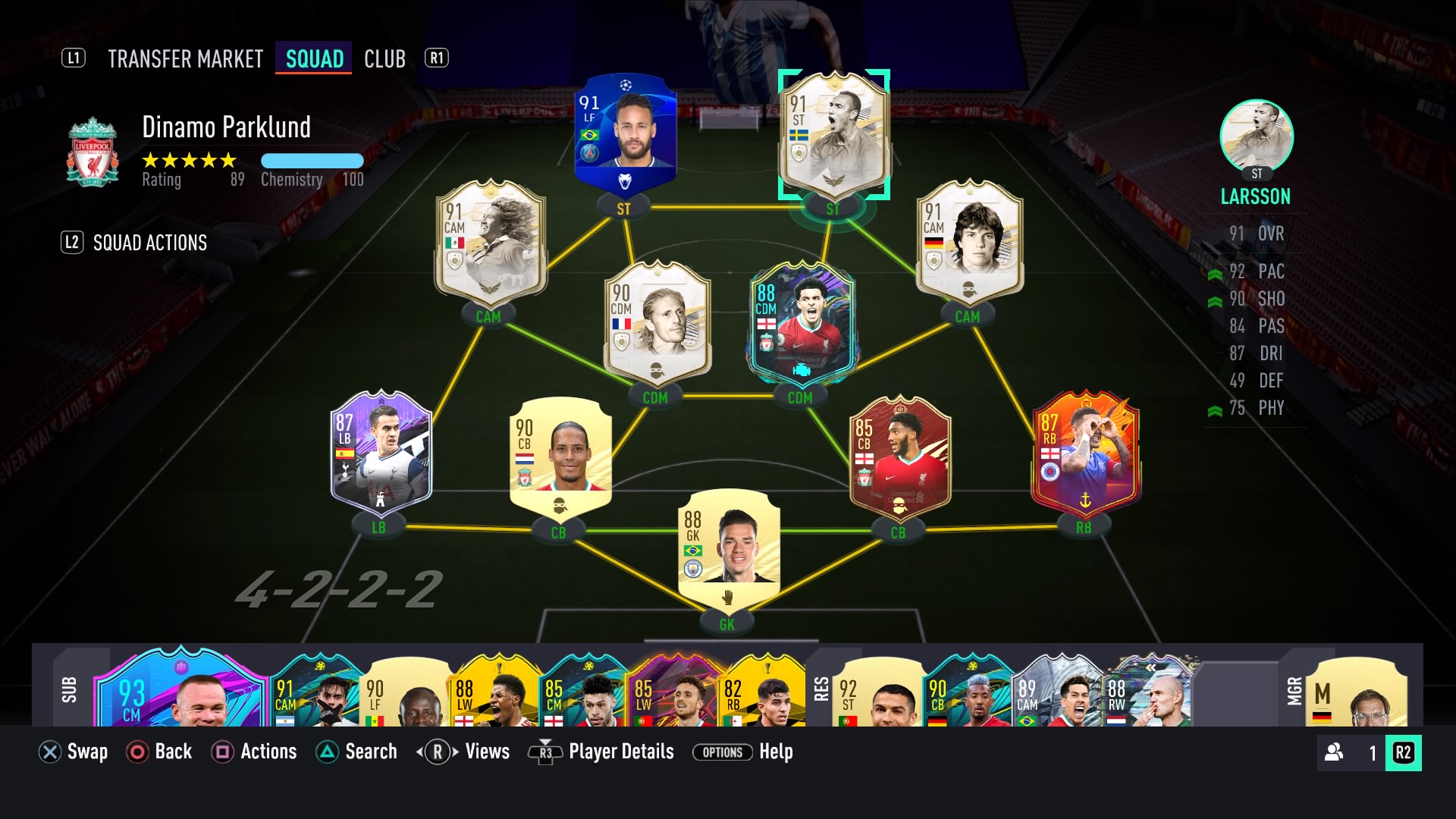 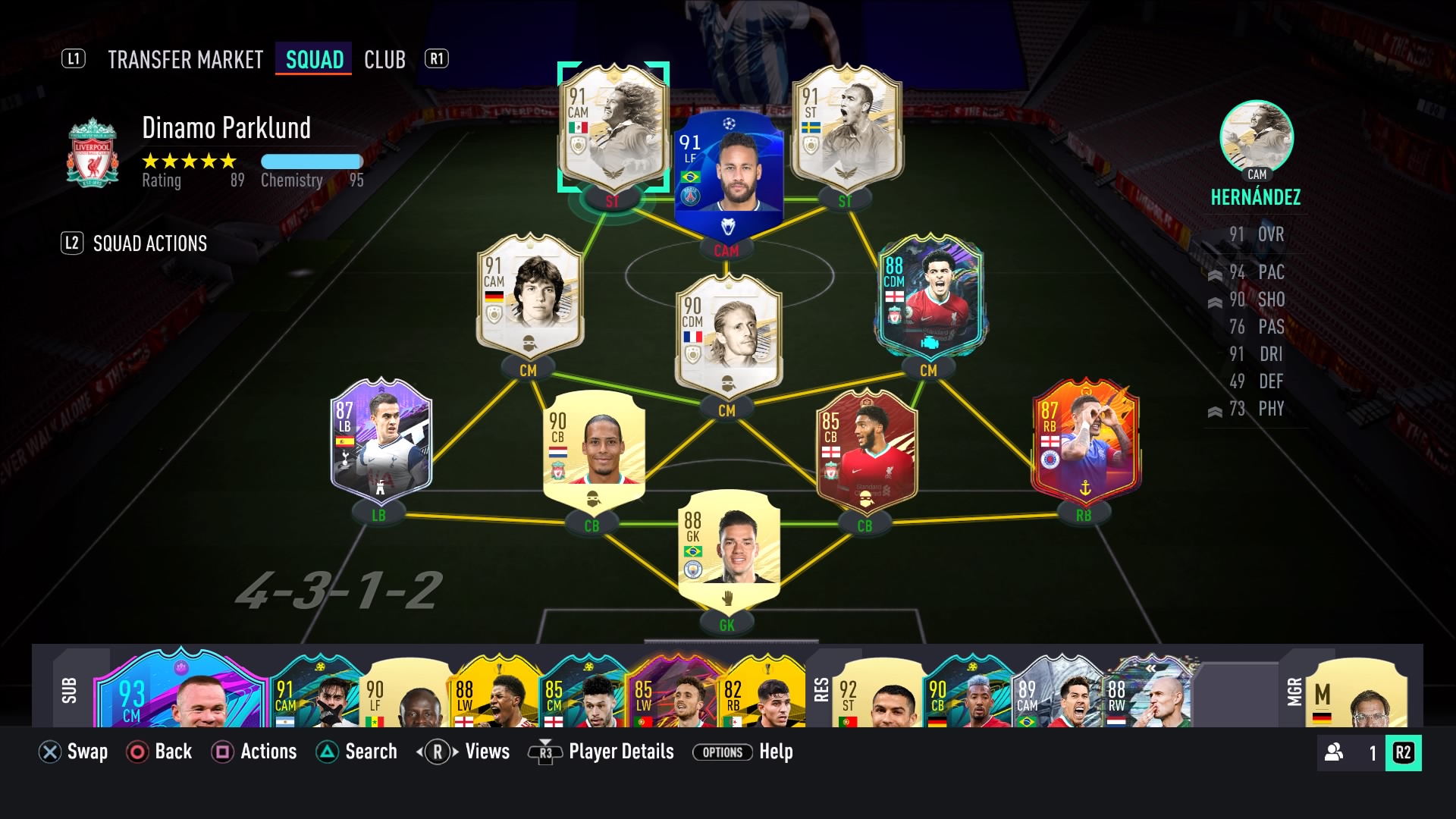 I just about gave this card an 8.5/10 and in the end, it truthfully came down to a couple of key performances outside of this review in my final 10 matches that swayed me towards a 9/10 overall.  The problem with this card is that it is good at everything in the attacking department… but amazing at nothing. While 23 goals and 7 assists in 20 matches is a quality return… Honestly, it is the same output I would expect from a 300k or cheaper option and we have to remember we are discussing a million coin Prime Moments ICON.

Without a perfect 10/10 in any categories, we move to the next best thing as Hernández displayed some impressive top end speed across the weekend matches. With 99 ACCELERATION, 98 SPRINT SPEED & the golden locks flowing in the wind it is no surprise that Hernández packs a punch.  But what was surprising is just how long it took him to wind up the gears to get there.  The races he won and high offensive work rates to get in key positions is why I chose the 9.5/10 in the end… but then some of the slow take-offs almost had me landing this card a little lower overall.

One of the reasons this card has been a personal favorite in the past was the versatility which largely comes from the size of the card benefitting dribbling but not hindering his ability in the air.  This FIFA has all but nullified heading, but still, Hernández didn’t disappoint with a handful of bullet headers throughout the weekend.  The 99 JUMPING, 99 HEADING ACCURACY & POWER HEADER trait combine about as perfect as they can and were a nice addition to the attacking threat despite his height.  The 94 AGILITY & 88 BALANCE feel just about enough, then you add the 76 STRENGTH to ward off defenders and you are starting to build a real threat in front of goal.  The key here is the majority of these qualities are normally impacted with shorter cards, but with Hernández it was all but a non-issue.

Up until now this review has painted a good picture of this card's many upsides and would suggest that he merits the 1.1 million coin price tag … and truthfully there are not many downsides if any.  But one thing that really affected the overall rating and was completely different from previous FIFAs with this card was the finishing. In previous FIFAs this lad didn’t miss.  This time around, he does, simple as.  The 3 STAR WEAK FOOT feels clean but not crisp in the way that Hernández hits the ball and overall he just couldn’t find the net in those quality situations consistently enough.  For me, that makes the price impossible to justify and all at once takes away from all of the other amazing qualities that Hernández delivers.  With 99 POSITIONING, 99 FINISHING, 98 SHOT POWER & 94 LONG SHOTS it simply doesn’t make sense, but I can only comment on what I experienced, and a lack of finishing was a common theme.  Overall, Hernández produced a goal per game across the review and into the final 10 matches and that just simply isn’t enough for the hefty price.

Similarly, the passing with this card is again, not in the poor category, but nothing to rave about.  The 78 SHORT PASSING is ultimately the biggest concern and quite a few passes just missed their mark.  In the end, it was never bad enough to condemn the man, but I wasn’t singing his praises either.  This rating is one that follows the trend with this entire review… I won’t say his good/bad rating should be lower than 4.5 when Hernández is such a well rounded card… but a perfect 5/5 suggests a quality that Hernández simply can not reach.

I hate this.  I hate when a card I know and love doesn’t live up to the expectations of the past.  In previous FIFAs this card has produced 10/10 weekends on multiple occasions… and this time around he has simply fallen short.  Don’t get me wrong... watching El Matador outleap defenders and bang home headers off the bar and in had me flashing back to much better times… but I can’t recommend a card based on what I wish he was.  So, with all of that in mind if you want a final verdict on this card I will say this.  1.1 million coins are way too much to pay for a goal per game striker.  True, he did score in bunches and the potential is there to take over matches.  However, the consistency was not and overall there are simply better options to trust with your hard earned coins.  Again, as a wise man once said, this lad is good at everything, but spectacular at nothing.  Hoping you are safe and well.  Cheers for reading. 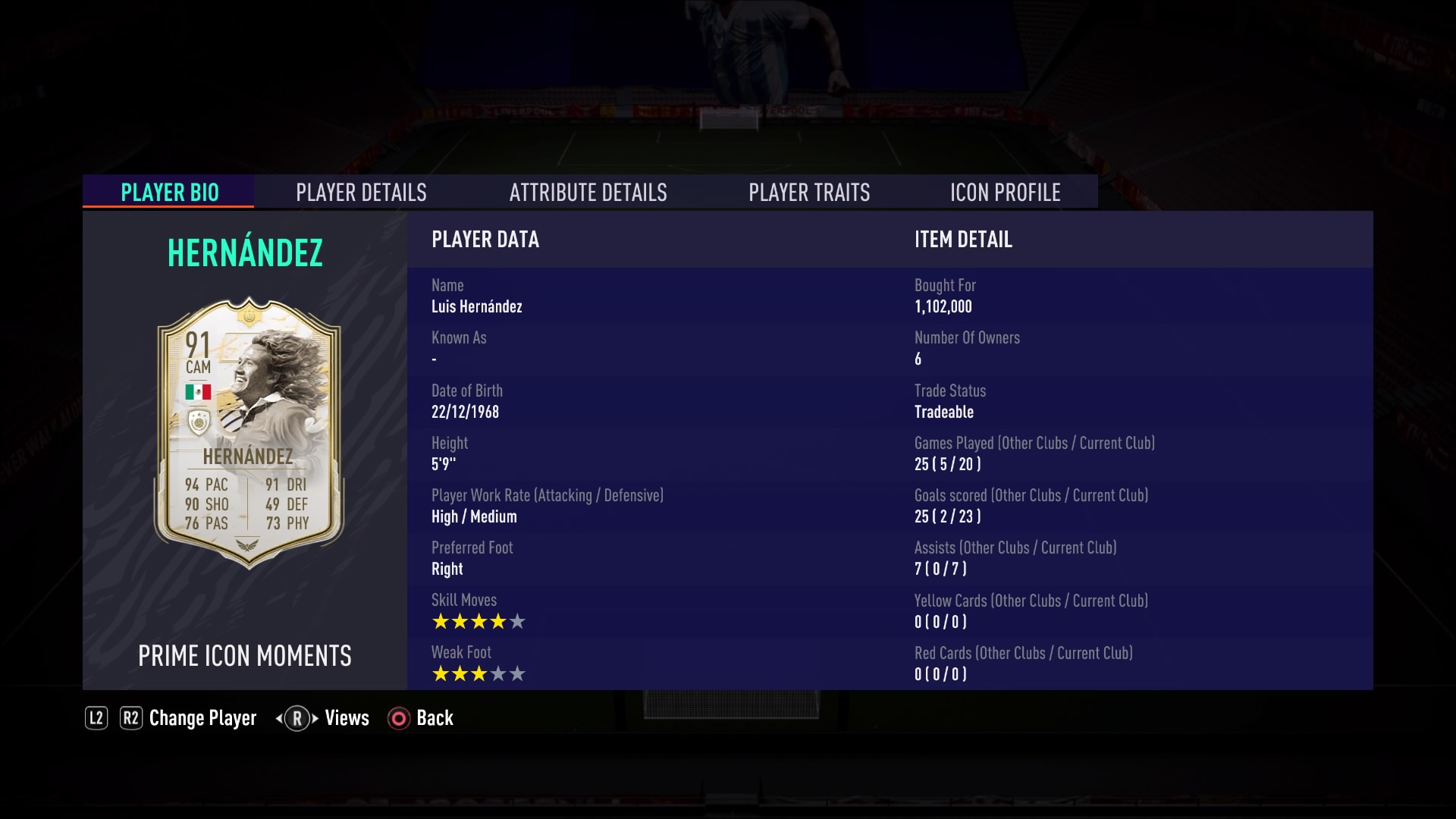 First off all i bought him because of his hair and let me tell you this card looks beautiful in the game. The second reason was i wanted a Striker for 1.4mil because i wasnt that happy with Mid Icon Dalglish. And after a few games im much happier with him than with Dalglish.

he feels realy fast with Hawk. Obviosly he doenst fell like 99 pace but he is fast enough for the most center backs. And with center backs i mean center backs and not fullbacks like Walker, Adama, Klaiber,...

his shooting is insane. He scores in most of his situations even with his WF. He has 99 heading and the power header trait but i wasnt able to score a header with him.

76 passing is a lie. Obviosly he isnt a Pirlo or Xavi like passer but he does his job. For me he assisted 12 goals in 10 games so im fine with his passing

he is quick on the ball but he isnt super evasive. And he has only 4* Skills but this isnt a big problem for me

his stamina is very good for 90min but if you play extra time it could drop very low. He ist strong at all.

Luis Hernandez is a really fun card to use in game. He has a lot of positive attributes, but these also a few downfalls if not used correctly. It took me several games to understand the value he offers, but once this happened he is an absolute joy to play with! I use him with a Hawk chemistry style as the RS in a 5-2-1-2. I have Moments Zola at LS and Rooney at CAM. Players who can pass and move efficiently like the two I use really helps to hide some of El Matador's cons.

I label his play style as a "straight-line runner". Play a ball into his feet, short pass the ball back to the CAM or another ST and send him through the CB gap with a solid through ball. Trying to play any other way with him will show his cons. He needs to be used in a two striker formation; his passing and hold-up play just is not good enough to leave him on his own. I'll detail his pros and cons below.

Pace: (8/10) - He is really quick, but can take a second to get up to his top speed. He is quick when you send direct runs straight at goal behind the CBs. He doesn't feel super meta, so quick turns, etc. don't occur successfully every time with him.

Shooting: (9/10) - His shooting is his premier trait. He shoots with power, but don't try to finesse with him. Power shots far post or near post are what you have to do, but he hits them consistently.

Attack Positioning: (8.5/10) - He has solid positioning, no complaints here - he makes several runs on his own; however, I suggest triggering runs straight at the keeper to utilize his full potential.

Weak Foot: 4* - Yes I know it says 3*, but he plays like a 4* in game with his shooting. He consistently hits power shots with his weak foot. Where the 3* weakfoot shows is in his passing - he cannot pass consistently with his left.

Dribbling: (6/10) - His first touch isn't necessarily the worst; however, he can be a little difficult to turn. His lack of skills and dribbling attributes makes him feel slightly "bigger" in game.

Passing: (5/10) - Passing is his most disappointing trait. Play short A balls back to your other forwards as soon as you can with this player. He isn't going to slot others through. Zola & Rooney do the passing work for me, so it covers up Luis's lack of passing.

I wanted to like this card but I found myself making excuses for him too many times + he embarrassed me in friendlies by having a disasterclass. Overall he is useable but for nearly a mil you want more than useable. He made good runs and is fast but his dribbling lets him down as he somehow manages to be both heavy and weak. His shooting was very inconsistent even on his stronger foot but he always had plenty of power. I would recommend a mid-Dalglish as an alternative.

Fast in a straight line