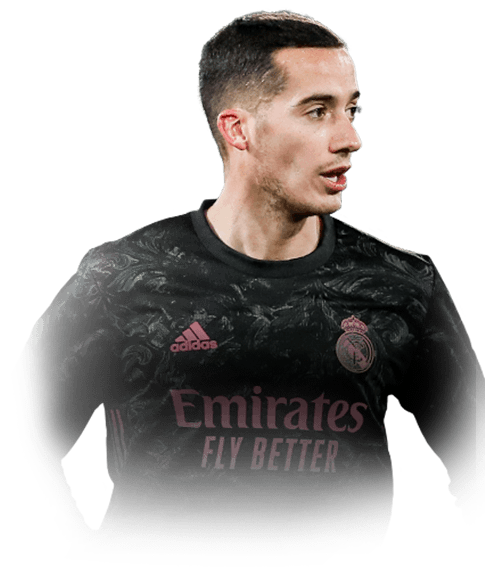 I think i found my new favourite RB. I had just got my rewards and i decided to change my team up a bit, i previously had Ronaldo, Semedo and Future stars Goncalves along my right hand side, but since i decided to do the Rooney sbc, i wanted a change. The La Liga seemed attractive league to fill tn the right hand side with options like Ocampos and this new Vazquez. So i decided i'd give him a shot. I use him as a RB on join the attack and Overlap so he can put in some crosses to rooney. With his stamina, he does this with ease and he can get back to defend quickly with his pace. He's not really had a shot on goal yet so i cant really review his shooting, but his defensive stats are low on the card, however, they are nothing in comparison to how he performs in game. His slide tackles are questionable, but his strength makes up for it. I would strongly recommend this card to any players who want to have fun with the game and not sweat your socks off as i very much like this card and he is very fun to use. Thank you for reading.

Plays better in game than on the face of the card.

He is very fun to use.

He is very all-rounded.

Needs a shadow to be able to defend.

Bro, if people that we don't got Cafu in Icons, well EA just put one out for us in the form of Lucas. I'm telling you 65 defense, more like 99. Please do yourself a favor and buy him while he is cheap, and when people realize of what a beast he is, he is going to be 300k from here to the next week.

You can only have one in your team.

So I got this guy in my futchamps player picks, and I wasn't really planning on using him until I realized he could slot right in my team (I was using Atal). I like using different players so I tried him and I play in division 1 so I felt this would be a real test to see if he would actually do the business, and... he does. He actually does a really good job at both attacking and defending. I'm not saying he is better then Emerson or Dest or even the toty nominee jesus navas, but he genuinely is for me the best option if you need a player of that league/nation under 50k. His dribbling + passing felt very good and didn't need any touching, and I never felt he ran to far up the field to cause problems for my defense even though I don't even have him on stay back while attacking. HIS STAMINA is the biggest plus to this card though. The amount of times a Neymar or Mbappe was on a break in the second half and Vazquez was able to catch up from behind to take the ball away with ease actually amazed me. He is a real hidden gem and if you want to try him I'd say go for it.

Really good pace with a shadow

Shooting is there in case you need it

His stamina is not the best. Not terrible, but definitely needs improvement.