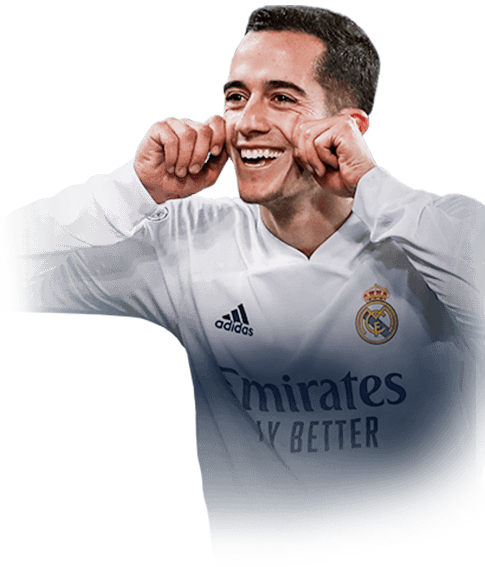 For someone who switches between three and four attacker formations like me (I switch from 4222 to 4312 and 442) he is absolutely perfect. He can play rb, rwb, lwb, cm, cdm, cam, st, and both wings easily. His best position is either as a box to box or in the wide cam position (his position is ridiculous even without a shooting chem style). This guy makes dribbling look so easy. He is wicked quick with a pace boost (engine). His burst is crazy, he tracks back really well and can put in a good tackle even with his height. His shooting is already great, I scored two outside the box shots on his left and his finishing in the box speaks for itself. He outshines Carrasco and keeps Tots Salah on the bench. His passing is probably the best thing about him, which is why he is such a great center mid. He pings the ball effortlessly and always plays in the man. Defensively he is great too, tackles and interceptions are on point. The only real con to this card is his strength. He fights for the ball but he is really weak without a boost.

Just to compare, I would give tots Salah a 9.3 and moments Dalglish a 9.7

Body type (doesn’t affect the card much if you boost dribbling, I used engine and he was fantastic)

I got a bit lucky over the weekend and packed this guy from the Spurs league SBC. I'd been looking for a new RW and couldn't afford Atal so was happy when he popped out.

I tried him at first in the Isak objective and was blown away. I tried him with the basic chem, marksman and an anchor. He full fits the meta! You can literally play him anywhere except CB and GK.

His attacking and defensive AI are amazing. The chem style you choose solely depends on where you play him.

If you want to switch him in every game - leave him on basic. If you want to play him RW or ST - Marksman or Deadeye but I think his best chem is an anchor as it boosts his interceptions and tackling to 92, maxes out the pace and 97 aggression.

If you need a versatile card that can play RM in a 352, CM in any other formation or ST/CAM this is your guy.

Vazquez is not a winger, rather he is a hawk type finisher that makes central runs to finish rebounded balls or failed passes in the opponent's box. However, I tried playing him as RW in 4-3-3 with a cut inside and that compensates a little bit if you are in dire need of a winger. His pace feels much higher in-game and his strength is decent, so likes of Mendy aren't a problem. If you have a paced forward or someone strong enough to remain in the opponent's box, Vazquez will almost always come to the rescue. My recommendation is to interchange him into a CAM or CF position with a hunter or hawk chemistry style (his agility does not need improving) makes him a tough opponent. At this price, I believe he is a steal.

Strength (Compared to LBs and RBs)