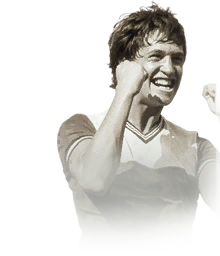 he finished the weekend with 62 goals and 21 assists in 30 matches. I have never managed to get that many goals from a card since the beginning of fifa 21, he is a much better finisher than mbappe, neymar and CR7 in my opinion, but he just lacks the 'meta' 4/5* skills. he was paired upfront for me with FUT birthday Adama and Lineker was easily the better of the two.

If you can cope without the skills, i highly recommend him, he is lethal inside the box, any angle, just shoot, goal, repeat.

I used mid-Lineker a couple of months into the game and really liked him and when his PIM was released it looked too tasty to ignore. I ended up paying 350k, slapped a hunter on him and the rest is history. The man is lethal, scores pretty much everything inside the box and is also very handy with his left foot. He can assist but don't expect him to be setting up too many goals, his passing can be frustrating but then you're not buying Lineker to be an assist king. But put the man through and 9/10 you may as well start celebrating. He's simply the best finisher I've ever used and I didn't think I'd say that about anyone other than prime Butra.

He can play the lone striker role or he works well with someone alongside him. I mainly use a 4231 but sometimes put Atal alongside him and they compliment each other beautifully. He holds the record for me in WL with 54 in his 29 games and overall he's currently on 470 goals in 358 games.

I can't stand the bloke in real life, but this isn't real life and he's like a son to me.

Passing sometimes lets him down

Doesn't hold the ball up well