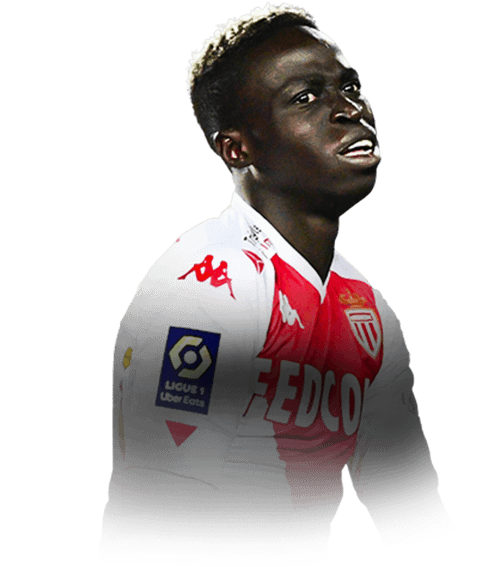 What If team 2 was generally speaking very underwhelming, but I knew I needed this card as soon as I saw it. I ran Diatta as a striker alongside Dominik Szoboszlai in a 3-5-2, and all games were played in the weekend league.

As someone who has spent a lot of time on the game, it is very apparent how much body type affects stats like dribbling, balance, pace, and strength. Diatta's lean body type compliments his already absurd stats perfectly and makes him one of if not the most responsive card I've played with this year.

This man is absolutely rapid. I played him with a deadeye, and even without the extra pace boost, there is not a single defender catching this him. Over the course of the games, I came up against a few IF Walkers, and of course, the usual suspects (Varane, Rio, and fullbacks at CB) and Diatta managed to put them all in the dust.

I don't think anyone buying this card is expecting Prime Moments Pirlo when it comes to passing, but his passing certainly wasn't a negative. He makes every pass you would expect him to make, especially when it comes to short distances. I wouldn't attempt to make any cross-field passes with him, but through balls and 1-2's are very comfortable.

Although it isn't exactly a dribbling "stat," the only reason I haven't given this card a 10/10 is because of the lack of 5-star skills. Regardless, this card feels more responsive than Neymar, in my opinion. Diatta can stop on a dime, and la croquetta's feel so silky with him. Left stick dribbling feels extremely clean with him and can easily be used to glide past defenders.

Inside the box, this guy is lights out. 4* weak foot isn't noticeable and finishes every shot that you'd expect him to and more. Outside the box, shots are slightly inconsistent, but he still has the ability to curl it in from a distance.

Strength isn't a strong suit of the card, but again I wouldn't expect it to be. He can be shoved off the ball by bigger center backs but isn't falling over at every sign of contact, which is nice. The real beauty of this card is the 99 stamina. This card genuinely gets better as the game goes on because of it. Even in the 115th minute, this card is still running laps around the defenders.

Overall this card has been extremely fun to use and wreaks havoc on just about any defense he comes up against.

When i heard that gelson martins was going to get a what if i was so gassed, but instead we get this machine as a player, i really like playing im on Ram on 4231, he is just insane. if you need a winger with insane pace, nice dribbling and a clinical finesse shot buy this mf. He is the best winger i have ever used and last year i had toty Messi.

WOW! Packed this card from the 84+ player pick and he surprised me with how good he is. His stats do not lie like many other cards on the game. He can dribble, shoot and even pass. In fact, in some ways, he even plays better than his stats say! In my opinion, the only dribblers on the game that can turn as fast as him is saint maximin and neymar. Definitely underpriced and I can't wait for him to be upgraded so he is even better.