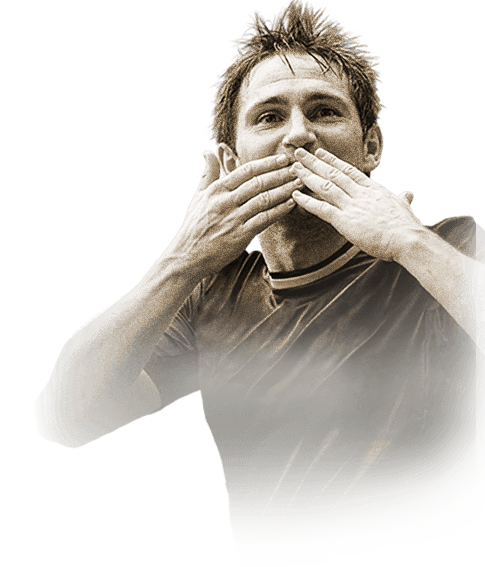 -
Sub out
Upcoming Matches
P. Chemistry
Squad chemistry
ST
89
RW
89
LW
89
CF
90
RF
90
LF
90
CAM
90
CM
91
RM
89
LM
89
CDM
84
CB
77
LB
80
LWB
83
RB
80
RWB
83
Reset
Basic
Sniper
Finisher
Deadeye
Marksman
Hawk
Artist
Architect
Powerhouse
Maestro
Engine
Sentinel
Guardian
Gladiator
Backbone
Anchor
Hunter
Catalyst
Shadow
Comments
Reviews
0
/600
Click here to verify your account in order to comment Update my avatar Dos and don'ts
Top Rated
New
Controversial
Show comments
Top Reviews
Only logged in users can submit a review
A review must be written in English
At least 200 characters are required.
Compare this player to other similar players you have used(optional).
If you import your club to FUTBIN or send us an image with the player data(fill the form below) your review will be marked as verified.
Include what you liked about the player in the pros area and what you disliked about the player in the cons area.
Your review will be manually checked during the next 24 hours.
Chem Style Used
Formations
Position
Rate Player Base Stats (1-10)
Pace
5
Shooting
5
Passing
5
Dribbling
5
Defending
5
Physicality
5
Most Used In:
Submit Review

3.5
So close to being lethal.
8 users liked this review

Suuuuuper Fraaaank. I'll be frank, this card did disappoint me a bit. Big Blues fan, already have Ballack (whose Prime is fantastic) and wanted to pair the two together. I usually played Frank as the right center midfielder in a 4-3-3 or the central attacking midfielder in a 4-2-3-1.

Lad was known for his finishing and that was his role in this squad. With an engine chem style, his mobility received a little boost to help get into the correct positions in and near the box. He's not as good as Prime Ballack in the box-to-box role, and the 10 position was definitely more suited for his offensive traits. He is as clunky as you would expect, with horizontal movements and shimmys largely off the table. There are times when a more agile CAM would be the difference between a win and a loss, as Lampard would have one defender to beat but didn't have the guile to pull it off. Off the ball movement was crucial to threatening opponents, and here his passing would come in great handy. He hit several long-range through-balls to my front 3 and the 84 vision felt like a typo. After distributing, using L1/LB to pull him up into the action meant some devastating power shots just outside the penalty area.

On more than one occasion, I would find Lamps 1-on-1 with a keeper and a simple finesse shot should have sealed the deal, especially with the godly finishing and shot power stats he possesses. Time after time, Pope and Co. would get a finger tip and force out what seemed sure-fire padding to the goal tally. With a PIM Lampard card, you kind of expect every chance to turn into a goal. It would be the outrageous attempts where these shooting statistics really shined. Some of the most outrageous long range attempts on either foot just sailed into harbor with this card, and the volleys seemed even better than Rooney's.

I sold a Neymar fund this player. While a card like that can be a real difference maker, I did not feel like this Moments Lampard had the same kind of gravity, star power, or skillset to seriously survive, even in the FIFA 21 meta-adjacent universe. There are cards that are far cheaper, more versatile, and even more specialized at the roles that I was trying to exploit. From these performances, it really is hard to justify the price: I paid 1.3 million for what is essentially nostalgia. Will I ever sell him? Hell no. He is still a satisfying card and a reminder to why we play this game: to create new moments with the footballers we love.

– Does peel off in the box to get into shooting positions. When he arrives late, the cutback is on.

– Decent tackling and strength, but definitely the weakest part of his box-to-box game.

– Hard to beat a player 1-on-1 outside of getting lucky by pushing the ball forward.

– Somehow not as clinical as his shooting stats suggest, especially with finesse shots inside the box.

– If we're being true to life, really should have 5-Star weak foot and 97-99 Attacking Positioning.

– 1.3 Million when someone like Future Stars Jones could play the same role with more speed and agility for 1/3 of the price.