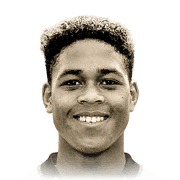 -
Sub out
Upcoming Matches
P. Chemistry
Squad chemistry
ST
84
RW
82
LW
82
CF
83
RF
83
LF
83
CAM
82
CM
76
RM
81
LM
81
CDM
60
CB
54
LB
59
LWB
62
RB
59
RWB
62
Reset
Basic
Sniper
Finisher
Deadeye
Marksman
Hawk
Artist
Architect
Powerhouse
Maestro
Engine
Sentinel
Guardian
Gladiator
Backbone
Anchor
Hunter
Catalyst
Shadow
Comments
Reviews
0
/600
Update my avatar Dos and don'ts
Top Rated
New
Controversial
Show comments
Top Reviews
Only logged in users can submit a review
A review must be written in English
At least 200 characters are required.
Compare this player to other similar players you have used(optional).
If you import your club to FUTBIN or send us an image with the player data(fill the form below) your review will be marked as verified.
Include what you liked about the player in the pros area and what you disliked about the player in the cons area.
Your review will be manually checked during the next 24 hours.
Chem Style Used
Formations
Position
Rate Player Base Stats (1-10)
Pace
5
Shooting
5
Passing
5
Dribbling
5
Defending
5
Physicality
5
Most Used In:
Submit Review

4.0
How to make Kluivert Usable
5 users liked this review

I know why everyone is on Futbin looking at this card trying to make themselves not feel depressed after grinding for a base icon pack just to get Kluivert, but he is usable is the right situations. First of all, Kluivert is meta, but only with the right chemistry style. It's tempting to use hawk or hunter or catalyst, and us him as a CAM/CF but this isn't what Kluivert is best at. In my experience ,after packing him in a base icon sbc, he performed best for me with an engine chemistry style, and either playing LCAM, RCAM, LF, or RF but not ST. You cannot pretend like Kluivert is a good striker, he is simply too slow without the dribbling skills to make up for it. He profits from using is 92 pace (with chemistry style) and upgraded passing at a position in between wide and central play. Even though a lot of people complain about him, in even weekend league he was able to use La Croqueta, cut in and finesse or bang goals mostly from just inside the box. If you play him at ST or CAM he will become invisible, wide striker or wide CAM role's suit him best. It is best to take advantage of his 78 strength and not expect him to be super fast. Agility and Balance with an engine is passible, and can be used if you are good at skilling or don't mind doing a lot of stepovers and fake shots to compensate. The best formations, that are meta, that Kluivert fits into are the 4-2-2-2, 4-2-3-1 or 4-3-2-1. Do not try to pair him with a strike partner in a formation like the 4-1-2-1-2(2), his attacking positions lets him down at this central position and will kill your attack. Also to be noted, using him over someone like Ben Yedder or Dembele is a big mistake, and intentionally using him over a good meta player when they would do better than Kluivert is a waste. If this is the case, and he would be a downgrade to your team, wait for the mid or prime icon upgrade SBC and rinse him into that (they normally require icons). This is my review and analysis of Patrick Kluivert. Put excellent value for money because most of us got him free.

After many hards hours of work, i finally had a team a would consider decent. Nothing could go wrong for me i thought, so i tested my luck in an icon pack. Got Bobby Moore. Shit, but half usable.

When the second pack came around, i thought to myself, "well i can't be extremely unlucky once again" but again, i was wrong. Instead i got 188centimeters of unusable dutch thrash. He feels slow, turns like a truck, can't finish for shit, and is invisible on the pitch. I'm sorry for all of you who was as unfortunate as me. He gets one half of a star as he's 86 rated.

looks pleasent in his picture

I will keep this brief - You are buying a fairly budget icon (500k on PC) - 4star combination with nice pace.

Pace - acceleration feels a little slower than stats suggests, but find that with the bigger players.

Heading - Real threat in the air

Dribbling - A little clunky again due to size, but good at the double tap RB as decent strength. To be clear though he can actually stay on his feet unlike the likes of Lukaku.

Physical - His strength is good - howwever only marking as a con as you may expect to be more powerful. Potentially Hawk would be nice here but not overly strong without.