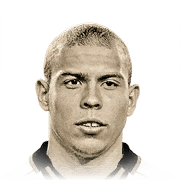 -
Sub out
Upcoming Matches
P. Chemistry
Squad chemistry
ST
94
RW
92
LW
92
CF
94
RF
94
LF
94
CAM
91
CM
83
RM
90
LM
90
CDM
66
CB
60
LB
67
LWB
70
RB
67
RWB
70
Reset
Basic
Sniper
Finisher
Deadeye
Marksman
Hawk
Artist
Architect
Powerhouse
Maestro
Engine
Sentinel
Guardian
Gladiator
Backbone
Anchor
Hunter
Catalyst
Shadow
Comments
Reviews
0
/600
Click here to verify your account in order to comment Update my avatar Dos and don'ts
Top Rated
New
Controversial
Show comments
Top Reviews
Only logged in users can submit a review
A review must be written in English
At least 200 characters are required.
Compare this player to other similar players you have used(optional).
If you import your club to FUTBIN or send us an image with the player data(fill the form below) your review will be marked as verified.
Include what you liked about the player in the pros area and what you disliked about the player in the cons area.
Your review will be manually checked during the next 24 hours.
Chem Style Used
Formations
Position
Rate Player Base Stats (1-10)
Pace
5
Shooting
5
Passing
5
Dribbling
5
Defending
5
Physicality
5
Most Used In:
Submit Review

I think you already know that I sold my house to get him. He is simply a god. Partnered with red Ronaldo ( I finish elite not gold lol) is unstoppable.

Every shot is a goal. I played against an elite 1 player in fut champs and managed to win 3-2. I did only 3 chances and the opponent more than 10 ( I feel kinda bad ngl). Ronaldo is just a cheat code. It makes the games actually enjoyable ( for me not for the opponent).

Firstly, I've seen reviews saying that R9 is an overrated player that does not warrant his price - if you believe this, please stfu. When I or anyone else tells you that this guy is every player you love in one, believe them.

Whilst typing this, I have been banned because of my team name, a name that isn't offensive and has got me banned because some neek got so much whiplash from a champs loss, they took it out on me by abusing EA's tragic bots and systems. If you ever do this, look at yourself in the mirror and ask why your parents don't love you, its simple.

I opened 3 of the most recent prime icon packs. First, I got Hierro. Second, I got Socrates. Unhappy with what I got, I grabbed enough coins to do 1 final icon pack until TOTS. With a stat reveal, I see R9's tooth gap and bald head staring at me, absolute scenes. This man, although costing upwards of 7-8 million coins, is a literal monster. I put him up top in a 442 with Socrates and have never been more stunned by a player's capabilities. He can run, dribble, shoot, pass and even slap up a Varane in the tackle. Because of his body type, he always wins back the ball and knowing that R9 has 5* 5* makes him even better. The gaps that you couldn't get your striker to, R9 will do it. The shot that your striker can't finish because he has one clapped stat, R9 will score. If you ever use him, you will realize that he cannot be stopped. If you come up against this man, just leave.

Ronaldo is by no means all fun and games as he is framed as. Ups and downs lurk around the corner with this card if you are lucky enough to pack him. At first, he was a beast scoring and maintaining a 2 goals-per-game ratio for the first month I had him. However, now that TOTS has increased the pace of already annoying CBs to play against it has made it increasingly harder to have fun with this card. Aguero has quickly become more reliable and better overall in the past weeks. By no means is this card bad it just lacks something for non-skill moves players to use with massive boosts to performance. Now that TOTS is out and about a player from it is a better investment for pure goal scoring.

Great Shooter, Skiller, and for some odd reason thru passer.

Unable to get past defenders due to clunkiness. Not fast enough. No aerial threat.