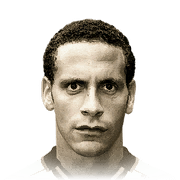 -
Sub out
Upcoming Matches
P. Chemistry
Squad chemistry
ST
65
RW
63
LW
63
CF
63
RF
63
LF
63
CAM
64
CM
70
RM
66
LM
66
CDM
82
CB
87
LB
82
LWB
79
RB
82
RWB
79
Reset
Basic
Sniper
Finisher
Deadeye
Marksman
Hawk
Artist
Architect
Powerhouse
Maestro
Engine
Sentinel
Guardian
Gladiator
Backbone
Anchor
Hunter
Catalyst
Shadow
Comments
Reviews
0
/600
Update my avatar Dos and don'ts
Top Rated
New
Controversial
Show comments
Top Reviews
Only logged in users can submit a review
A review must be written in English
At least 200 characters are required.
Compare this player to other similar players you have used(optional).
If you import your club to FUTBIN or send us an image with the player data(fill the form below) your review will be marked as verified.
Include what you liked about the player in the pros area and what you disliked about the player in the cons area.
Your review will be manually checked during the next 24 hours.
Chem Style Used
Formations
Position
Rate Player Base Stats (1-10)
Pace
5
Shooting
5
Passing
5
Dribbling
5
Defending
5
Physicality
5
Most Used In:
Submit Review

I really don't understand why mid Rio is cheaper than the baby Rio other than 4 paces and worse defending there is nothing better than baby Rio so for a cheaper price I highly recommend this card if you have the money because he saves my ass on so many occasions no matter who he is playing beside he leads with his last-ditch tackles and tackles up the field and with a shadow he has the pace and body type to catch up and you literally have to tap circle and he wins back the ball while stepping on the opponent neck. another positive is corners he is a menace for some reason my gorge best in on front post but if I put it perfectly where he is the power header trait makes him able to win any header that comes to him. his passing isn't the best but he will get that pass there as he has a working brain unlike others (cough* cough* JOE GOMEZ) so that 98 interception makes the opponent frustrated. i really don't understand why I don't see many of him in peoples team and let's just say I hope I don't play you if you saw this and bought him

cheaper and better than BABY RIO 85

can sometimes feel poor on the ball (mostly late game)