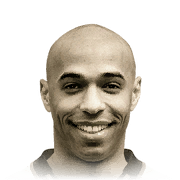 -
Sub out
Upcoming Matches
P. Chemistry
Squad chemistry
ST
88
RW
89
LW
89
CF
89
RF
89
LF
89
CAM
88
CM
83
RM
88
LM
88
CDM
70
CB
63
LB
69
LWB
72
RB
69
RWB
72
Reset
Basic
Sniper
Finisher
Deadeye
Marksman
Hawk
Artist
Architect
Powerhouse
Maestro
Engine
Sentinel
Guardian
Gladiator
Backbone
Anchor
Hunter
Catalyst
Shadow
Comments
Reviews
0
/600
Update my avatar Dos and don'ts
Top Rated
New
Controversial
Show comments
Top Reviews
Only logged in users can submit a review
A review must be written in English
At least 200 characters are required.
Compare this player to other similar players you have used(optional).
If you import your club to FUTBIN or send us an image with the player data(fill the form below) your review will be marked as verified.
Include what you liked about the player in the pros area and what you disliked about the player in the cons area.
Your review will be manually checked during the next 24 hours.
Chem Style Used
Formations
Position
Rate Player Base Stats (1-10)
Pace
5
Shooting
5
Passing
5
Dribbling
5
Defending
5
Physicality
5
Most Used In:
Submit Review

Thierry Henry. One of the worlds best finishers and one of the best finishers English football has seen. Decided to go for the mid card and oh my goodness he didn't disappoint. The card was mental and did well in all aspects. I'm gonna keep this short because I don't wanna waste your time. Oh and by the way, I used him as a lone striker in a 4-2-3-1 Narrow.

Pace: 9/10 He was very quick and could outrun the sweaty defenders such as Joe Gomez. He reminded me of the invincible Arsenal version of Henry.

Shooting : 10/10 His shots were deadly. The way his shots would curl was just so satisfying to see. The finesse shot that this guy has in his locker is insane.

Passing : 6/10 Passing wasn't great. It was slow and the accuracy wasn't that great. It wasn't much of an issue but it was quite frustrating.

Dribbling : 8/10 Agile, the ball is glued and sticked to his feet. He is a great dribbler and he can get past his opponents in a fancy and silky fashion. I lowered it to 8 because he has 63 balance. Even if you put an engine on him he only get's 73. That was an issue.

Defending : N/A. Had him on stay forward and he didn't have a situation where to defend. Therefore, ain't got anything to say about his defending skills.

Low heading stats, but height helps him win headers, despite his low jumping.

Stamina / Because I reserved his energy by telling him to stay up and don't come back for defending.

Most of the physicality stats.

It really pains me to right this review as an Arsenal fan. I'm not going to waste your time, I'm a G1/E3 player and 87 Auba (both ST) is way better than this card. I have tried this card with a couple chem styles but settled on a Hawk. Take note his shooting is much better with a Marksman. His shooting is really really poor, but like it should never be this bad!! If you have 90 Bergkamp, Henry's shooting is a 7/10 compared to Bergkamps 10/10. Akinfenwa 74 has better shooting!!! His dribbling is acceptable but just MEH. (Auba is way better) Passing is really solid though, no problems there. Strength is good IF you boost it with a chem style. All things considered, this card is only "worth it" if you are an Arsenal fan. It is a nerfed Auba.

Wins headers from long passes if you boost his jumping

Actually decent tackling for a ST

Misses quite a lot of chances.

Can be clunky when the keeper rushes.