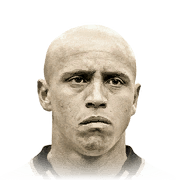 -
Sub out
Upcoming Matches
P. Chemistry
Squad chemistry
ST
81
RW
82
LW
82
CF
82
RF
82
LF
82
CAM
82
CM
84
RM
83
LM
83
CDM
86
CB
84
LB
87
LWB
87
RB
87
RWB
87
Reset
Basic
Sniper
Finisher
Deadeye
Marksman
Hawk
Artist
Architect
Powerhouse
Maestro
Engine
Sentinel
Guardian
Gladiator
Backbone
Anchor
Hunter
Catalyst
Shadow
Comments
Reviews
0
/600
Update my avatar Dos and don'ts
Top Rated
New
Controversial
Show comments
Top Reviews
Only logged in users can submit a review
A review must be written in English
At least 200 characters are required.
Compare this player to other similar players you have used(optional).
If you import your club to FUTBIN or send us an image with the player data(fill the form below) your review will be marked as verified.
Include what you liked about the player in the pros area and what you disliked about the player in the cons area.
Your review will be manually checked during the next 24 hours.
Chem Style Used
Formations
Position
Rate Player Base Stats (1-10)
Pace
5
Shooting
5
Passing
5
Dribbling
5
Defending
5
Physicality
5
Most Used In:
Submit Review

One of the most well-rounded players I've used. Crazy good at going forward as well as defending. Very good at LB, as well as CM/CDM or LM in a 3 back. Very consistent and hardly makes any noticeable errors. Best freekick taker I've had all year, with exceptional pace passing, work rates, and body type. Definitely overpriced compared to the likes of Mendy or Theo Hernandez, but if you're willing to spend the coins, you will not be disappointed. Can only imagine how good his prime/moments will be.

I got Roberto Carlos from a mid icon pack and to begin with i thought it was ok but he has changed my defense dramatically. i use him in div 3/4 and occasionally FUT champs when I can be bothered. This is my first review so sorry if its not great.

His pace is off the ball is insane he will catch anyone if given the distance, on the ball he is quick but not rapid but he has the acceleration to beat his man but he wont be able to maintain the distance forever.

his passing is immaculate the only reason I didn't give him 10 is because of the 2 star wf which is a bit of a let down.

his dribbling is good but not great because he only has 3 star skills which is fine on a lb but his stats for dribbling aren't that good anyway but because of his height he feels quite quick to turn and will allow you to make a pass if under pressure.

his physicality is actually very good considering he is 5 foot 6 he actually bullies a lot of the attackers like mbappe and neymar but he will also give a kluivert for example a good challenge. his heading also surprises me as he wins so many, I wouldn't try and get the ball to him from a corner but if you need to head the ball away after a long ball he will do so.

pace off the ball

passing over any distance