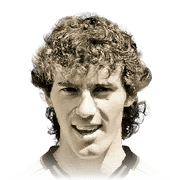 -
Sub out
Upcoming Matches
P. Chemistry
Squad chemistry
ST
82
RW
81
LW
81
CF
83
RF
83
LF
83
CAM
83
CM
82
RM
81
LM
81
CDM
81
CB
79
LB
79
LWB
79
RB
79
RWB
79
Reset
Basic
Sniper
Finisher
Deadeye
Marksman
Hawk
Artist
Architect
Powerhouse
Maestro
Engine
Sentinel
Guardian
Gladiator
Backbone
Anchor
Hunter
Catalyst
Shadow
Comments
Reviews
0
/600
Click here to verify your account in order to comment Update my avatar Dos and don'ts
Top Rated
New
Controversial
Show comments
Top Reviews
Only logged in users can submit a review
A review must be written in English
At least 200 characters are required.
Compare this player to other similar players you have used(optional).
If you import your club to FUTBIN or send us an image with the player data(fill the form below) your review will be marked as verified.
Include what you liked about the player in the pros area and what you disliked about the player in the cons area.
Your review will be manually checked during the next 24 hours.
Chem Style Used
Formations
Position
Rate Player Base Stats (1-10)
Pace
5
Shooting
5
Passing
5
Dribbling
5
Defending
5
Physicality
5
Most Used In:
Submit Review

I recently came up against this guy and he dominated the whole pitch so I thought why not give him a try. His stats looks nothing special, but he plays way above his stats. in game he is dominant and big. very mobile to be a huge guy and he got the spider legs to take the ball off from the opponent. most games was WL against top tier squads and Blanc secured my first rank 1 finish and currently on a rank 1 streak 3 times in a row now. in my opinion this is one of the best CDM`s in the game. Much better than Kante, BABY gullit etc and almost on par with Vieira. He is just so dominant and makes the team stable. Easily the best purchase I have made.

maybe longshots but he is a CDM.

This man is an absolute joke. He gets around the field really well, has amazing positioning and breaks up play with ease. He's also got great passing and will occasionally score an absolute worldie. He's the first name on the team sheet for me since packing him from the baby icon pack. I was sceptical too at first looking at his stats but he's the real deal. Also has really nimble dribbling for a big guy. Get him and you won't regret, will be in your team for a long time.

Struggles to get back sometimes if your opponent counters very quickly.

I've packed this guy from a SBC-Challenge. When I saw his stats i could not rhyme it with the worth of his card (+500k), and quiet frankly, my first reaction was disaoppointment. But the disappointment turned to overwelming satifaction in no time!

First of: The stats on this card do not match his in game performance. This guy is an absolute beast who owns the entire midfield. He is literally everywhere.

The standard card comes as a CAM, but Blanc is best to use as CDM or CM. His power is bullying, no matter who he needs to take on: He will get that ball. Raw power!

He isn't that great in passing, or finishing or dribbling....but who cares: the muscles and the fact that he is everywhere is what you get.

Is he worth the coins? I know one thing: This one is going to be on my wishlist next season!

Stamina: After 75 minutes he is getting a little tired.