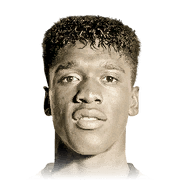 -
Sub out
Upcoming Matches
P. Chemistry
Squad chemistry
ST
81
RW
83
LW
83
CF
83
RF
83
LF
83
CAM
84
CM
84
RM
84
LM
84
CDM
80
CB
75
LB
78
LWB
79
RB
78
RWB
79
Reset
Basic
Sniper
Finisher
Deadeye
Marksman
Hawk
Artist
Architect
Powerhouse
Maestro
Engine
Sentinel
Guardian
Gladiator
Backbone
Anchor
Hunter
Catalyst
Shadow
Comments
Reviews
0
/600
Click here to verify your account in order to comment Update my avatar Dos and don'ts
Top Rated
New
Controversial
Show comments
Top Reviews
Only logged in users can submit a review
A review must be written in English
At least 200 characters are required.
Compare this player to other similar players you have used(optional).
If you import your club to FUTBIN or send us an image with the player data(fill the form below) your review will be marked as verified.
Include what you liked about the player in the pros area and what you disliked about the player in the cons area.
Your review will be manually checked during the next 24 hours.
Chem Style Used
Formations
Position
Rate Player Base Stats (1-10)
Pace
5
Shooting
5
Passing
5
Dribbling
5
Defending
5
Physicality
5
Most Used In:
Submit Review

I decided to do the guaranteed Icon SBC and got him, who fitted perfect in my team. First and foremost,I used him for only a couple of rivals matches (division elite) so I’ll be honest with my review of him.

This man is an absolute tank for me in the Middlefield. I used him as an CM in a 4312. His passing, defending and dribbling is good, his pace if u were to slap a shadow on him, he can match up with whatever speedsters ur opponents has in store for you. His shooting is surprisingly good and you cant complain about a 4* weak foot on top off everything else. His strength is what I enjoyed the most. The only thing I can complain about is that he may feels sometimes a little bit clunky.

Summarising, I think this player has well rounded stats, but for his price, I wouldn't recommend you to buy it, only if you need the chem.

I decided to do the sbc with only a couple days left, as I was dissatisfied with my midfield, and with him available, I decided to take a risk and get him done, and thankfully I haven't regretted my decision at all. I'll start with his workrates, as the high/ high was great, and fit the box-to-box role he was playing in. Going forward, he felt pretty good, having 4 star/ 4 star helped with shooting and passing, and having the ability to dribble out of trouble was something I was lacking with my last midfielders. his passes are usually pretty accurate, and I felt he released the ball well and on time, as well as playing some nice through balls. His defending was good enough for his role, and he felt decently strong, as he was able to bully some smaller midfielders off the ball. The only problems I have with this card are his height and his presence on the pitch, but overall he was a fun card

This man has been in my team for around 3 months and has played around 350 games. Even now after so many promos, so many box2boxes looking better than him he is amazing. He never gets tired, he has really good long shots and his positioning in attack is amazing. Sometimes he feels heavy on the ball but still he is so strenght that he usually beats his opponent when he is going to loose the ball. Btw I am div 3 after the end of the season so I am a div 1-2 player.