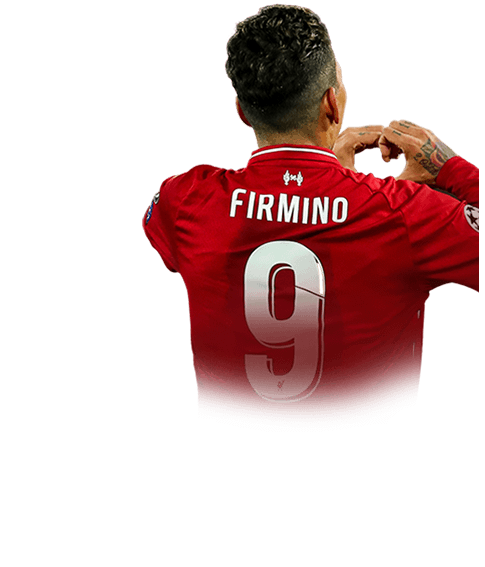 Well santa came early for me this christmas, have always wanted to tro try firmino so why not do the sbc?

Anyways, he lacks the pace to be a ST in my team I play him as central CAM in 4231 just behind POTM 2 Reus with POTM sterling and lucas. For me his most outstanding qualities playing as CAM is that he holds the ball really well, 90 ball control, 89 dribbling and 89 composure means he won't panic when my opponent is trying to play that dirty constant pressure or when he has his back to goal, add the 82 balance and it can be difficult to tackle him. So far he has 39 games for me (30 in fut champs) 20 goals and 12 assists which could be better. He's an excellent player he feels very nice when controlling him but the thing that I don't like is his work rates. I've managed to somewhat decrease the impact by having him to stay forward, and conservative interceptions ( means he won't try going for tackles) 92 stamina is really good but as he is right in the middle of the pitch his high/high make him kind of always run up and down and by 70th minute you might have to sub him. On the other hand this may favour you if your play style is to defend with all your midfielders I like to just defend with my two CDM's.

In terms of his shooting and box presence he makes important runs, when reus can't do it bobby kind of steps up for the team( reus medium/medium allos for bobby to makes those runs in front of him), if you are dominating a game he always makes himself available for a pass and can pick one out with that 88 vision.

Overall best CAM in BPL ? I'd say he is definitely on par with KDB

When I looked at this SBC I wasn't sure it was worthwhile especially after finding his 86 base card to be useless for my play style and had to sell that for a loss. I completed this SBC anyway at 170k and it was the best decision I've made.I changed his positioning to CAM as I find he's too slow to be a striker and that position doesn't allow his dribbling to excel and the defenders often swarm him in the middle of the box. This guy runs the midfield when he has the ball and when he can find space or a pass is played into him he's lethal. He holds up the ball allowing others to run past him so I pair him with Aguero as a ST and then change to FUTmas Zaha around the 80' minute. His passing is not something I was focused on when completing the SBC for him but now it's one of the best attributes to my squad. His eye for a pass paired with timing is hugely underrated, he chips the football over the defence like KDB. Another unexpected benefit has been his composure towards the end of the game when the opponent is applying full on pressure when you're ahead a goal or 2 in FUT champs especially. Firmino rarely loses the ball here and if you can find space for a finesse shot just outside the box it's almost guaranteed to hit the back of the net. With a hunter chem style I don't find his pace a problem, he stays on the whole game for me as he tends to be a last minute goal getter in a tight game and his stamina is 92. The only issue I have is the high/high workrates and he tends to get sucked into CM territory when he's a CAM and gets sucked into CAM territory when he's a striker. Overall easily my best player so far this Fifa. 46 games 41 goals 19 assists.

Weaves through defences with high dribbling

Heading and Strength both underrated

High/High work rates drag him deep into midfield when defending

Ok this guy is great. I got lucky and got an untraceable Mbappe. I have been trying to find a striker to play in front of him (switch to 4231 in game with Mbappe middle CAM). I tried Cavani and he was good but this Firmino came around and I thought why not. Well Holy crap this guy is amazing. He has been a tank. He is everywhere on the pitch and lasts the entire game with his great stamina. I love this card and will likely use him until TOTS or when he gets a better special card. If you missed out I'm sorry. But pick up his UCL card and wreak havoc on opponents defenses.

Could be a bit faster but with Hunter he is great