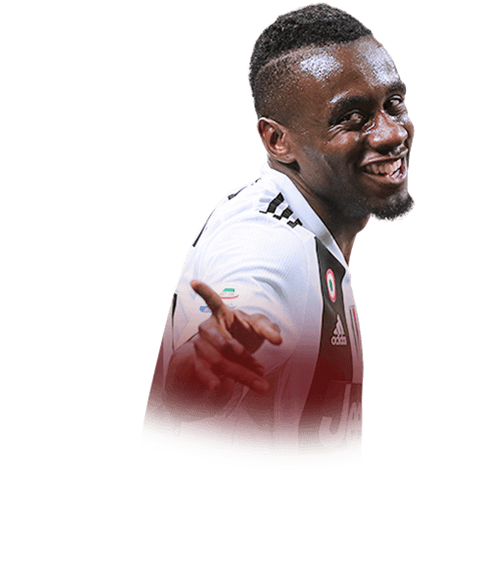 When i saw this card i just knew that i must do his SBC. The base card of Matuidi was really, really good in my squad and i just couldn't imagine how good is the futmas one.

And he didn't disappoint me. This guy is amazing, does his job really really well. As i play as a CM alongside Kante and Pogba, he is as good as these two. Sadly he is still 2/2 stars but if you accept it, you have an amazing CM/CDM player for your squad.

The biggest difference for me is about his shooting stats. He doesn't score too many goals for me, but his shoots are more dangerous. Also could feel the difference on pace and passing, maybe because his deffensive stats were outstanding for me already and they still are.

If you have done this guy, don't be scared to use him. If you haven't - the base one is also really good and is the best midfielder in this price in my opinion.

Shooting, passing and dribbling (compared to his base card)

All futmas long I was waiting for a solid player to come out , that could eventually even play in my main team . I waited and waited and on 1 day I saw Matuidi . I played his normal card in my main team so I thought I could do him. His UCL card is about 140k and I completed the futmas card for about 130 , so it was definitely worth it if you talk about the price. First I did him I just thought oh ok now that I have him he is a nice improvement hope i didnt spend 130k for nothing. When i played him the first time he was quite good but he got better and better through many matches. I have 372 games with him right now and for me he is surely one of the best cdms in this game. I once even played kante next to him but matuidi was clearly doing better for me. So to those who didnt do him : BAD LUCK BRO :C

-Pace / He is very quick and with shadow he has 92 pace which is incredible for a cdm . Nothing more to say about that he is just lighting mcqueen

-Defense / Insane defensive stats; this guy is sooo good defensively this is crazy , he goes to every ball and is always intercepting when needed. Not like kante he can even win headers.

-Dribbling / Definetely isnt bad with 85 agility 86 reaction and 84 composure , he doesnt lose the ball that often because of lack of ball control

-Short passing / He can definetely give good passes , he can even assist pretty well he has got 90 assist for me

-Workrates / The fact that he has 96 stamina makes his workrates even more useful ; he is everywhere and never tired but I would recommend to command him to stay back while attacking if you play him as a cdm

-So easy to link / Tbh there are so many ways to link him : french,juve or just just other serie a players its your choice. Especially that juve and france have some very amazing players like pogba , alex sandro or griezmann makes it easy to say his options to link are awesome

-Shooting / I wouldnt recommend to shoot with him , although when its necessary he can also score from a few meters but better let him do his defensive work thats where he is best in!!!

Matuidi is a tank in midfield and was a perfect midfielder to get if you're looking for a serie A alternative to Kante.

While his dont suggest a whole lot I can assure you that matuidi is the most overpowered ball winning CM on the game right now.

First off is his defending and physical.

85 defending does not do him justice and is brought down by his heading, in game he wins every tackle, 50-50 and physical battle.

with 86 jumping, 88 aggression and 96 stamina he is always active and is a physical force to be reckoned with.

His on the ball ability is also surprisingly incredible with fairly smooth dribbling, high reactions and agility and decent well rounded passing.

The biggest pro about this card is 80 pace.

He feels so quick compared to so many other CMs and combined with his stamina means he will be tormenting the opponent all game long.

The last thing to talk about is his shooting; it's not horrendous but it certainly isnt good. I didnt find myself shooting at all him except for maybe two instances and they both just bounced off the keeper and back to one of my forwards.

Overall Futmas Matuidi is an incredibly solid player and is well worth the price tag so get in quickly before he's gone.

-Maybe positioning while attacking but not really