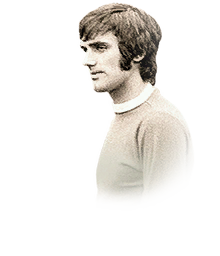 I gave up a lot to get this card. One of my best cards 87 Mahrez, fut birthday Naldo, Talisca,CB ibra, Guarin, Griezman, 89 Boateng, FB Bradley, FFS Foden and prime rijkaard etc. Completed him For a mil. Literally every single coin I had. I DO NOT REGRET IT. I thought my prime Nedved was end game before I used this card. I played fut champs with him and he scored 35 goals and 17 assists in 28 games. Started using as a RAM IN A 4231 formation. He played very well and was scoring but I lost a couple of matches and I switched to a two striker formation. That’s when he really took off. He complemented FB Zlatan very well and benefitted off his good passing stats. His dribbling is the most amazing stat. He goes past players like they are not even there. His finishing is so smooth like a mother’s kiss before bedtime. Finishing and long shots are all amazing. I’ve never used a card that can cross like this guy. He plays like he’s on steroids. Insanely fast. He does everything insanely fast. Like the toty mbappe that always punishes me. The only con for this card is strength. But then again he is so elusive and fast. He’s a magician. This moves I pull off with this card and I’m not even the best dribbler. 4 star combo is brilliant. Decent in the air . He can last all game plus extra time. Best card I’ve used this year hands down!!! He will honestly enhance your experience of the game!

Decent in the air

He is one of the best, if not the best RW in Fifa 19. I've used TOTS Salah, Sterling, 98 messi and this guy outperforms them all! He is fast as hell, he can steal the ball from the opponent very easily with the correct skill (better than both Salah and Sterling).

In 90 games he has scored 79 goals. I have Ronaldinho on the LW and he has scored 45 goals in 90 games. So he is one of my absolute favorite players for sure.

Passing:9/10 Great in short passes, but his 68 long passes are a problem sometimes, even though it dosen't seems 68, it's better than it

Could have a little bit better stamina for over time games.