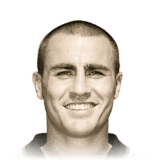 -
Sub out
Upcoming Matches
P. Chemistry
Squad chemistry
ST
61
RW
61
LW
61
CF
60
RF
60
LF
60
CAM
62
CM
68
RM
63
LM
63
CDM
81
CB
88
LB
83
LWB
79
RB
83
RWB
79
Reset
Basic
Sniper
Finisher
Deadeye
Marksman
Hawk
Artist
Architect
Powerhouse
Maestro
Engine
Sentinel
Guardian
Gladiator
Backbone
Anchor
Hunter
Catalyst
Shadow
Comments
Reviews
0
/600
Update my avatar Dos and don'ts
Top Rated
New
Controversial
Show comments
Top Reviews
Only logged in users can submit a review
A review must be written in English
At least 200 characters are required.
Compare this player to other similar players you have used(optional).
If you import your club to FUTBIN or send us an image with the player data(fill the form below) your review will be marked as verified.
Include what you liked about the player in the pros area and what you disliked about the player in the cons area.
Your review will be manually checked during the next 24 hours.
Chem Style Used
Formations
Position
Rate Player Base Stats (1-10)
Pace
5
Shooting
5
Passing
5
Dribbling
5
Defending
5
Physicality
5
Most Used In:
Submit Review

So i was looking forward to get a cb in my team doing the back with vvd. At first I really wanted to get Eder Militao live card, but it was a little bit expensive. So I looked at the options available, and was really between Cannavaro middle card, or baby Campbell. At first I decided to go for Campbell, a big mistake. Only 10 games played, it is surprisingly slow, and also is always out of position. So I sold him, and decided to give and opportunity to this Cannavaro. And the surprise I am getting is really astonishing. My biggest concern at first was the issue with his physicals stats, but this was clearly shown as a pro. I use him in pair with VVD, so his height is not an issue for me(also his jumping is monstrous).Is very fast and agile, defending is great too, always on place. Passing is good enough.And he get to score in three occasions, two of them from corners. Played almost 30 games, with 3 goals and 2 assist.

Height, if you have another small Center Back.

maybe stamina, but II did not feel it as a problem really

I’d like to start by saying that this Cannavaro is easily the best CB I’ve used this year and he’s certainly a contender for the best CB I’ve ever used.  On and Off of the ball this card is intelligent. His tackling is great, his passing is great, his positioning is great. Cannavaro brought to the table two things that made him play like a beast.  1)He has fantastic defensive positioning and 2)He always seems to make the clutch tackle when you need him to.

Overall this Cannavaro is a must have in any team.  Even if he was 2 mil I would say he’s absolutely worth it.

Defending (10 / 10): He is absolutely brilliant when it comes to everything defending.  He is always in position, he is always marking the right man, he never strays out of position giving your opponent an easy way to dribble in on goal, and most importantly he always makes the tackle. With high agility and decent pace he tracks down his man well and comes in for the tackle like a bolt of lightning.  Cannavaro always makes the clutch tackle, If your opponent is about to take a shot you can be sure Cannavaro has something to say about it. Most importantly Cannavaro does not concede fouls, because his defending is world class and because he never puts himself in a position where he needs to tactically foul.

Pace (9  / 10): Not surprisingly Cannavaro feels peppy, rapid, and agile on and off of the ball. I never found him struggling to get back and he certainly was never burnt for pace. His speed lets him get into tackles much quicker than bigger CB’s meaning he is quicker to make the tackle and tends to shut down opponents who try to dribble around clumsy defenders.

Dribbling (7 / 10): to be expected his dribbling is adequate.  When he makes tackles he maintains possession which is crucial if your trying to get on a quick counter.  His agility and balance make him a game changer as a defender. Although he isn’t tall he makes up for in the fact that he gets everywhere faster.   If he misses a tackle he is back into position immediately.

Passing (7 / 10): no troubles in terms of passing.  He plays out of the back quickly and effectively. If your looking to counter attack he’s a gem because when he wins possessions he’s immediately ready to play a quick ball.

Physical (8 / 10): Although Cannavaro might be short at 5’9” he makes up for it with great jumping.  He wins a surprising amount of headers for his height. He is also solid on the ball, he won’t be pushed over or knocked off balance during tackles.

Shooting (5 / 10): honestly he’s no Koeman, but he can take the occasional decent strike. His shooting is not great but rightfully so as a CB.

Height: he’s short but he won't let the average striker win a header off of him. Pair him with a tall CB like Van Dijk and you have yourself an unbeatable defense.

Going in to buying this guy, I really thought I'd be getting a great defender. I was skeptical about his height (as I should've been) but I still wanted to give him a go anyways. The first couple games he felt fast and quick to intercept the ball. On Anchor chem his defending stats were almost all 99 rated. But what I struggled with the most is his height. In this game, if your center back defender is 5'11" and below, you might as well get ready to concede 4 goals. His strength doesn't even exist at 5'9". The most he does is occasionally push people off the ball. Other than that, Vardy and Rashford tear this guy to shreads. You might as well have a red card with this guy because it wouldn't matter anyways. So if you have 500k and want a better defender, don't waste your time and money on this guy. Save up and buy the Prime if you can, of course if you have the coins to try him.