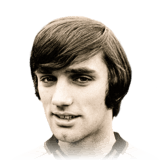 -
Sub out
Upcoming Matches
P. Chemistry
Squad chemistry
ST
87
RW
87
LW
87
CF
87
RF
87
LF
87
CAM
86
CM
82
RM
87
LM
87
CDM
71
CB
65
LB
73
LWB
75
RB
73
RWB
75
Reset
Basic
Sniper
Finisher
Deadeye
Marksman
Hawk
Artist
Architect
Powerhouse
Maestro
Engine
Sentinel
Guardian
Gladiator
Backbone
Anchor
Hunter
Catalyst
Shadow
Comments
Reviews
0
/600
Update my avatar Dos and don'ts
Top Rated
New
Controversial
Show comments
Top Reviews
Only logged in users can submit a review
A review must be written in English
At least 200 characters are required.
Compare this player to other similar players you have used(optional).
If you import your club to FUTBIN or send us an image with the player data(fill the form below) your review will be marked as verified.
Include what you liked about the player in the pros area and what you disliked about the player in the cons area.
Your review will be manually checked during the next 24 hours.
Chem Style Used
Formations
Position
Rate Player Base Stats (1-10)
Pace
5
Shooting
5
Passing
5
Dribbling
5
Defending
5
Physicality
5
Most Used In:
Submit Review

I wanted an icon striker for my team to get full chemistry. Before, I was using Suarez (who was surprisingly good but lacked the pace and dribbling to create chances as well as score) and I felt an upgrade was needed. I first opted to get Zola or Stoichkov, before realising how cheap Best was. With my new discovery, I snatched him up as a RF (playing ST, 7 chem) and a hawk. Holy S***.

after playing with several RW or MR i've found the best player for me.. i used to put messi,shaquiri sbc, fuenzalida comnebol, dembelè but none of theme have been at the same level of this baby george best

agility, speed(really mutch more than u can think seeing the stats), shot, weak foot(in game seems to be 5 stars)

not at the level of the prime version, streight is not perfect, passing decent but not perfect

Here is my review on 88 rated baby best. this card 200% better than his mid 90 rated card. high stamina help to him along 90mins to 120mins.. he never getting tired. after switch into 4231 from narrow.. im looking for good rightgwinger, messi is my first option but i cant use him with mbabu in same team. so i go with best baby. with hawk chemistry style.. he run fast as he can he is the faster winger i ever used this year. his pace outof the league.. he had great passing stats ingame, im pretty sure on that. only problem is his shooting. he good but not great at shooting.. every stats are great.. but dono ingame his shoting not pretty good. 4231 i used him in right cam he did many assists his dribbling was great... you can easily get into the box . when he take the shoot from mid or left side.. those 99% shots are blocked. but he was great with two st formation like narrow he scores 80% chances. even later i tried his mid card.. that card also feel the same. if you love to use best then go with his prime. locking 1m on player who used just for assist is bad for me. he is the best top 3 right wing in whole game. another stuff i like in this card, his aggression the way he bring the ball from opp is phenomenal, almost he turned like beast. he was strong he was great dribbler & playmaker. now i switched into messi.. somehow still i miss him. for great shooting go with messi, for fun & playmaking go with best baby.

Shooting other than he was great