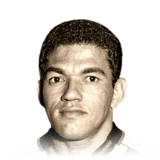 -
Sub out
Upcoming Matches
P. Chemistry
Squad chemistry
ST
88
RW
94
LW
94
CF
92
RF
92
LF
92
CAM
94
CM
88
RM
93
LM
93
CDM
68
CB
55
LB
67
LWB
72
RB
67
RWB
72
Reset
Basic
Sniper
Finisher
Deadeye
Marksman
Hawk
Artist
Architect
Powerhouse
Maestro
Engine
Sentinel
Guardian
Gladiator
Backbone
Anchor
Hunter
Catalyst
Shadow
Comments
Reviews
0
/600
Update my avatar Dos and don'ts
Top Rated
New
Controversial
Show comments
Top Reviews
Only logged in users can submit a review
A review must be written in English
At least 200 characters are required.
Compare this player to other similar players you have used(optional).
If you import your club to FUTBIN or send us an image with the player data(fill the form below) your review will be marked as verified.
Include what you liked about the player in the pros area and what you disliked about the player in the cons area.
Your review will be manually checked during the next 24 hours.
Chem Style Used
Formations
Position
Rate Player Base Stats (1-10)
Pace
5
Shooting
5
Passing
5
Dribbling
5
Defending
5
Physicality
5
Most Used In:
Submit Review

5.0
Let me tell you a tale about Garrincha
7 users liked this review

I need to start this by saying that i'm not a good player. Only played fut champions 5 times this year, finishing in silver 2 in all of them, and i just can't get out of division 7 no matter how much i try. But, even tho i lack ability, i'm a grinder, as a try to complete almost all avilable objectives and free cards, so icon swaps is ideal for me.

As a brazillian, my only doubt for icon swaps 3 was between Garrincha and Carlos Alberto, and i'm glad i chose the former. Garrincha is the most responsive card i've used, ever, moves like a rabbit running from a falcon on the fied, and i must say that his responsivness has single handedly made me reach gold 3 this weekend, he just scored 26 goals and assisted another 16 in 28 games, i'm completely in shock by how good this card is and how his runs are displayed in this game. Simply unbelieveble.

Pace and dribbling: As i've already mentioned, this card is just as responsive as it can get. Using a hunter, his 99 pace was simply unbeaten, felt much more rapid than Dan James. His dribbling is also unreal, just under Neymar tier, because of Neymars body type, without a doubt one of the best dribblers in the game, left stick was amazing.

Passing: Fifa 20 passing is terrible, but Garrincha can, still, pull out some magic and get the ball to your attackers in a fantastic way, always setting up a dangerous play, amazing passing.

Shooting: With a hunter, he just scored banger after banger. As he always reached the area before the defenders, garrincha would mostly shoot alone to score. I found that as he is very weak, when a defender is on him, he would miss some shots that a card like gold Neymar would not, but for one missed goal he made three, so it would always be okay.

Physical: His stamina is a little low, but with a stay forward on the cam position he would last the entire game. Is a little weak as well, but he is so agile that you could always dribble past defenders with ease.

Let's start of on this confusing Monday, didn't have a glimpse of sleep. So I decided to do the sbc where you get a draft token.

I did the draft and picked Garrincha and oh my lord. He is such a good dribbler it's insane, him and visca tots are the best dribblers i've used all game.

I went on to win the draft with Garrincha having 14 goals in these games he is that good. He is rapid and he can dribble like a god. If you have got the coins get this man.