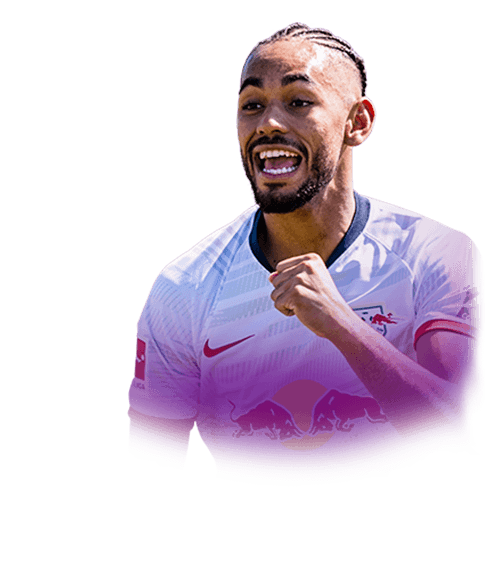 I know you can't be bothered reading the works of Shakespeare so I'll make it short and snappy.

He's bonkers, if you like an attacker who's always in the right place at the right time with the ability of Sergio to finish; Cunha is your guy.

Stick a hawk or something on him and he'll blast away goals for fun, his accuracy to find the back of the net off one touch is what really makes him Bean?

Main Pros are his positioning and ability to slot one home in a congested box, his four star combination allows him to absolutely yeet on the defender whilst being able to boink it on either foot. You get decent packs too, I managed to pack a Mid Ian Wright which basically paid for it in double

He is an amazing striker! His pace and his finshing is unbelievable good. He wins every header, even against VVD. His weak foot is almost as good as the strong one. His dribbling is incredible and with 4 stars skills he can also do skills. His strength feels much more than 77 (with Hawk). His long shots are very good (he can easily score out of 25-30 meters).

Sometimes his passing is bad and his sbc is with almost 400k very expensive.

First of all I did the SBC because of the Packs and ignored this card and I wanted to choose "Boetius" first but then I decided to try him and I am very happy I decided so. His shooting is insane inside the box, he shoots very strong and mostly hard to defend if he has space.He is scoring goals after goals. He is not very agile but with Hawk he is always in the best spot, so you don't have to dribble too much with him. I put Mbappe next to him so he as a very agile partner and the combo is fire. He is a good card and maybe he is 83 but for me he is a good starter!