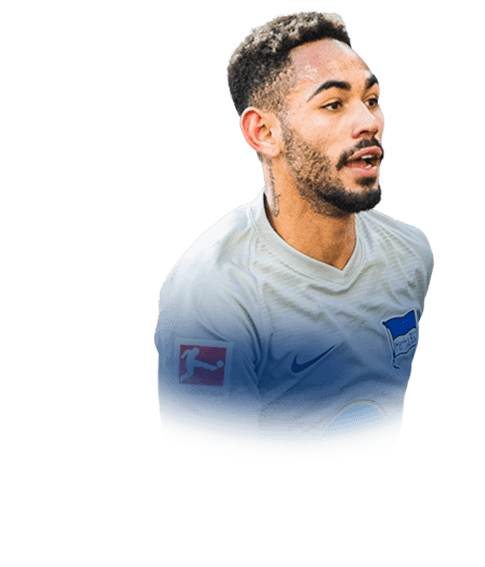 2
Sub out
Upcoming Matches
P. Chemistry
Squad chemistry
ST
88
RW
88
LW
88
CF
89
RF
89
LF
89
CAM
87
CM
79
RM
87
LM
87
CDM
61
CB
55
LB
61
LWB
64
RB
61
RWB
64
Reset
Basic
Sniper
Finisher
Deadeye
Marksman
Hawk
Artist
Architect
Powerhouse
Maestro
Engine
Sentinel
Guardian
Gladiator
Backbone
Anchor
Hunter
Catalyst
Shadow
Comments
Reviews
0
/600
Update my avatar Dos and don'ts
Top Rated
New
Controversial
Show comments
Top Reviews
Only logged in users can submit a review
A review must be written in English
At least 200 characters are required.
Compare this player to other similar players you have used(optional).
If you import your club to FUTBIN or send us an image with the player data(fill the form below) your review will be marked as verified.
Include what you liked about the player in the pros area and what you disliked about the player in the cons area.
Your review will be manually checked during the next 24 hours.
Chem Style Used
Formations
Position
Rate Player Base Stats (1-10)
Pace
5
Shooting
5
Passing
5
Dribbling
5
Defending
5
Physicality
5
Most Used In:
Submit Review

Hi, this is my first Futbin player review, so rate it if you read that, I'd really appreciate it. Also, I'm not originally English-speaking so don't mind some little mistakes.

To start off, I'm an E3 player but never depending on typical meta cards, I love using some unordinary players. I played Dani Olmo in 4-2-3-1 narrow as a middle CAM and I must say he surprised me a lot.

The first thing worth mentioning is his positioning and overall - shots. If you have some decent playmakers around him, he can easily become your best scorer in the team. I didn't force the ball into him so he was taking his position naturally and whether these were tap-ins or inside the box finesses - he could have finished 8/10 shots easily. Sometimes he was having that unique low-driven animation when taking normal power shots, which allowed him to surprise the keeper a couple of times. I used the hawk so it might be it, but I'm of the opinion that some cards just have it.

Talking bout his dribbling, this is the hardest thing to rate. He did have some sharp turns while standing with ball and even some glue in inside the box situations. However, his lack of actual agility, average height and considerably low acceleration didn't allow him to dribble past more than one player at times. I'd compare him with Firmino before the skill upgrade.

His passing was very good, I noticed the long balls to be very accurate, but due to the lack of agility again, he wasn't that cheeky passer. But if you manage to find space, he should deliver the ball to your players easily.

His stamina, of course, wasn't a problem. As a bonus I'd add that he's decent at manual tracking back, which is the skill I demand from my CAM.

I think that's it for his stats. Now let's talk bout the price. I paid around 175k for him and this should be the price. Up to 200k, he is real good value for coins and a must-have in all Bundesliga squads. Overall, I'm quite impressed with the card. If you're a top notch player, he might not be enough for Division 1, but anywhere else he'd do the job.

If you liked his 83, then this card is a no brainer. Everything that was good about his agility have been amplified here: Agility, Acceleration and extremely deadly in front of goal. Normally in upgrades this size, you might struggle to recognize the things you loved in the lower rating versions, but this card feels exactly the same with the only exception being that he does not miss, one-on-one, and he pulls away from defenders again, like his 83 used to before TOTY. If you're running 90 Werner alongside him, I wish your opponents a peaceful journey into the afterlife.

Will be difficult to link for non BL squads

So expensive for some reason!

I packed him from lv 20 season 2 rewards and he has been phenomenal. he's been great on and off the ball, and can head (unlike most) quite well. He will win you games and be the star of your team

strength could be higher