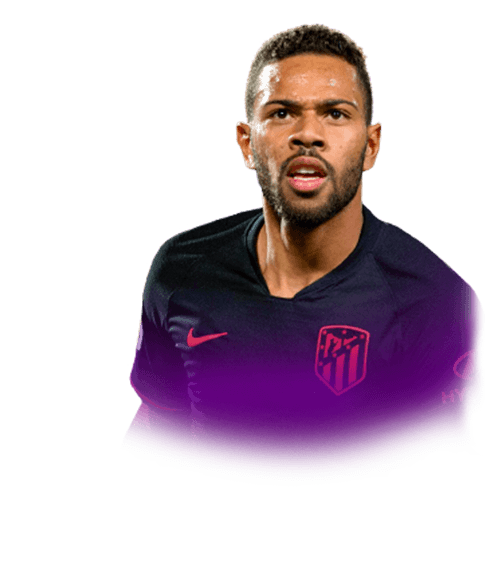 Alright i don't like to read reviews that got weird teams or non realistic results(ie the 69 goals in 2 games meme), so i'll cut straight to the point.

fails sometimes,Same for every tall or 6 foot or above Wingbacks)

Chem style : Anchor (shadow if you loves pace that much)

Dribbling : feels agile and quick which got me out of a lot of psycho maniac press nicely

Shooting : didn't got the chance so you can decide stats do look great tho

Defending : I'm the sort of player that don't think wingbacks are that important for fifa, but using a GOOD wingback for once do feels nice,

when you can tackle and the ball would stick to you that's the dream bro, that's the combination of good dribbling and defending

Passing : Good enough to not worry about it (Let's be honest, the only time you pass with your Wingbacks are lobs/through balls or switch up play,)

Physical : Problematic, why? Because he's not that tall, and he's ingame player model ain't THICC as well, so despite the strength you need good positioning to

Meh : Physical (only because of his size and height , Not gonna struggle with a messi but not a ronaldo)

Just made the test for myself on this WL since I really needed a brazilian left fullback after being able to afford them after using Wendell RTTF.

I‘ve started with Telles for the first 15 games and then I sold him to go further with Lodi for the left ones. So before starting I‘m a Division 4 and Gold 1 / Elite 3 player.

I expected Telles to be more solid and reliable on crucial 1on1 situations cause of his height than Lodi but I was so wrong (this was the main thing I‘ve searched for).

Lodi does by far more of those „automatic“ interceptions and his tackels are really easy to conduct. I don‘t know why but with Telles I needed to concentrate so hard to win the duells against Adama‘s and Kent‘s and his weak foot is a huge let down against clever opponents who will block the passing route of his left foot immediately. Btw Ive used anchor on both cards.

But anyway passing is great on both.

Another huge advantage of Lodi is his defensive positioning after getting countered cause of his Med/High. In many situations Telles was lost cause of random runs even with stay back what it made easy for the opponent.

Dribblingwise I felt way more safe with Lodi too due to his Meta body frame and stats.

Stamina is great on both.

I can‘t rate their shooting cause I just assisted with them.

In conclusion I rate Lodi as 5/5 for a Fullback on this stage of the game and Telles as 2/5 in value for coins. Honestly I felt equaly safe by using Wendell as with Telles.

I hope this helps.

so, i won't do it long, renan lodi is good for you if you want a defender that goes up to attack or want him to stay back, he does everything, his interceptions are amazing, aggression is good,

finess shot is nice, very very fast and 4 skill moves that i think thats amazing for full back also if stay back.