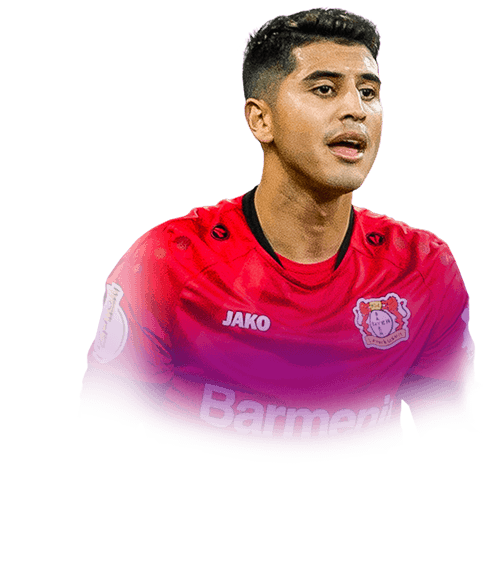 This review is not about a "beast" or "absolut game game changer". It's just about a very, very useful CDM/CM, that's worth every penny. Played him in a 433, 4231, 451 and 442 and he fits in everywhere and he is everywhere, literally... Never had another card having such a supringsing impact on my game. I played him with shadow, staying behind, but forcing him into my own attacks. He can play his part 120min, no matter what. It's not a GOAT card, but let me compare from my perspective. Better than Ballack 86, 89, Kroos Scream, Allan, Keane, McKennie, Seedorf, Baby Gullit and so on. Not Endgame, but close it i would say - espacially for that price.

I bought him because I love him as a player thinking that perhaps we has going to stay a few games in my team and that's it, but he prove it wrong. In my team he was THE game changer, he does everything perfect.

I use him as a cdm in a 4231 formation as a box to box and he is really great. In defence he really shines, he tackles and anticipates the big boys (CR7 for example) even though he does not have a gigantic body type.

He has the ability to read the pitch perfectly he is always where it is needed in attack and in defense.

In attack he is ok, he is more likely to open the plays to allow your cams and strikers to finish the plays. But when he is in front of the goal he never misses a chance, really great definition. He is going to stay in my team for a long long time, hope you can enjoy him as well as I`m enjoying him right now.

One last good thing is that you can make really fun hybrid teams given that you can link Bundesliga players and also Argentinian players, like for example Shapeshifter Acuña to have a really solid midfield. I use him with shadow.

-Can read the plays perfectly

-Stamina, can run to the 120 min in fut champions

On Thursday rewards I was lucky to unpack this amazing card which is Exequiel Palacios. He is in every aspect worth the money.

In the role of the attacker it works very well (except a few alone) but in defense it works like a slightly weaker Kante.