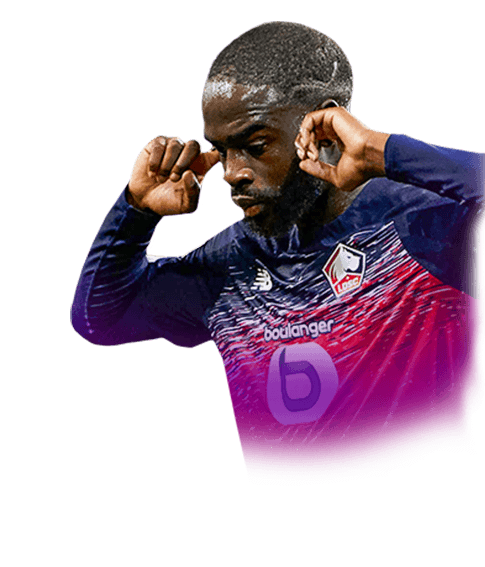 0
Red
Upcoming Matches
P. Chemistry
Squad chemistry
ST
82
RW
89
LW
89
CF
88
RF
88
LF
88
CAM
89
CM
82
RM
88
LM
88
CDM
65
CB
53
LB
64
LWB
69
RB
64
RWB
69
Reset
Basic
Sniper
Finisher
Deadeye
Marksman
Hawk
Artist
Architect
Powerhouse
Maestro
Engine
Sentinel
Guardian
Gladiator
Backbone
Anchor
Hunter
Catalyst
Shadow
Comments
Reviews
0
/600
Update my avatar Dos and don'ts
Top Rated
New
Controversial
Show comments
Top Reviews
Only logged in users can submit a review
A review must be written in English
At least 200 characters are required.
Compare this player to other similar players you have used(optional).
If you import your club to FUTBIN or send us an image with the player data(fill the form below) your review will be marked as verified.
Include what you liked about the player in the pros area and what you disliked about the player in the cons area.
Your review will be manually checked during the next 24 hours.
Chem Style Used
Formations
Position
Rate Player Base Stats (1-10)
Pace
5
Shooting
5
Passing
5
Dribbling
5
Defending
5
Physicality
5
Most Used In:
Submit Review

Shooting: With a marksman, every relevant stat above 90. Will bang in goals with both feet, especially with the 89 composure.

Passing: Insane even without a chem style that affects it. 94 vision is brilliant, and all other stats are well rounded. Never misplaces a pass.

Dribbling; The best part about this card. Without a chem style, every stat 88 or above. With a marksman added.... dribbles like Messi, and that's not exaggerating one bit (I've used both). With his height and body type and that dribbling, he suits the meta perfectly. Weirdly reminds me of Ben Yedder's TOTS last year.

Physical: Stamina is great - Everything else is awful. Don't expect him to win any duels, but when he's on the ball, the defender won't even be able to get near him.

Alright so I was using IF Martial as LAM in 4231 but he was feeling like a robot everytime he had to dribble past a player. Sold him and was looking at some differents options, I then saw this absolute gem appear to my eyes. As a lot of people did at the beginning of the game, I used also his normal card and I quite liked him.

First thing, he is fast, really fast. I always had a bit of struggle coming up against Walker at RB, my players couldn't exploit space behind him without getting bullied under 2 seconds. Ikoné allows you to gain more time to use the space behind.

Now the shooting, sadly I only scored tap-in with him because of the squad I have. But no missed, 2 shots meant 2 goals.

Now we come to the best part: dribbling. My god this guy can beat you up in a phone box. 99 agility was the stat I was mostly looking for and I'm really not disappointed. Insane balance, insane dribbling, same thing about the composure.

Defending: is this really a topic ?

Physical: I thought he was going to be beaten up but quite a surprise, 61 strength is well compensated by high balance. Stamina is good, agression also for people who press a lot: my case.

Overall I'm really happy with the player but it's a bit overpriced, due to Future Stars hype etc.. Get him only if you have already a good squad and you looking for a winger than can create.