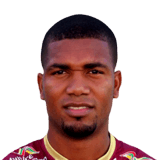 This guy is insaneeee. I played him at LB on 10 chem and he is a beast!!!! His is stronger than a all wingers and probably faster than most. For 35k he is great value for money with a strong link to hinestroza they are a great LM/LB paring. He has 99 stamina and with a powerhouse he is a 93 lb for 35k!!!! He has overall good defending stats with great composure and agility

assist king due to crosses

not the easiest to link to

When this promo released, I noticed there were a few gems that could be extremely good super subs for the price. However, as I use Moments Sanchez who's Colombian and Moments Gattuso on the left side, I had the freedom to use any Premier League or Colombian LB so I thought I’d test Banguero. As soon as I used him, I realised how good he was due to the high pace, high strength, max stamina and good dribbling (apart from balance). Combined with the medium/high workrate, he instantly became a hit within my team as he’s able to bully the likes of ASM and FFS James who you typically find on the same side sweating it up and trying to get to the near post before passing to Mbappe for a tap in. The work rate is especially perfect here for me as I set my fullbacks to stay back while attacking so it’s like having another CB but as a fullback and with the agility of a full back. Therefore I was shocked to see he’s only in the 20k region and ended up selling ShapeShifter Pereira for over 300k to use Banguero instead, with no regrets. Only problem with Banguero however is his poor balance which means he’ll sometimes slip if your opponent is one of those people who does fancy skills and dragbacks all the time. I definitely recommend buying him if he fits into your team and he could even be used as an OP CB in-game due to being 6’1 which is decent enough considering crossing isn’t meta this FIFA

I had an icon cb and lcm in a 4 3 3 flat formation. I was looking for a good cheap left back to play there and then i came across this guy. I looked at his stats and apart from the balance, he was a monster. I bought him for 25k, put a guardian on and tested him. I have my full backs on stay back and high defensive work rates are perfect for me. He recoveres quick when people get past him, with 97 strength he easily gets the ball and before i knew it he was my faverioute lb on the game. I later did the prime icon pack, got roberto carlos and I started using him. I found banguero much better so i put carlos into a mid icon sbc and kept banguero. Thhis card was that good it pushed prime roberto carlos outof my team.