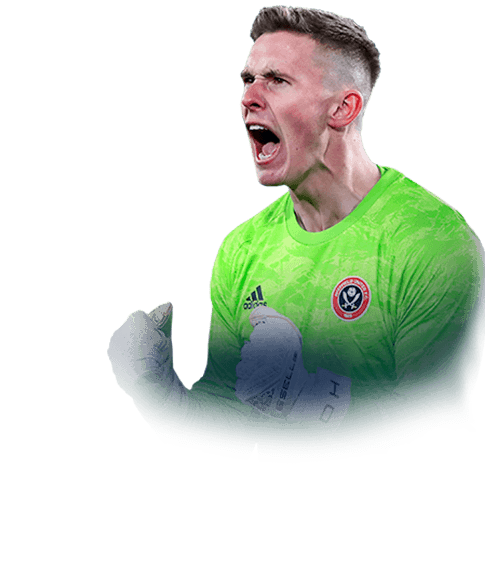 I packed TOTS Robertson on Friday, so to get chem I needed a new centre back and keeper.I went for TOTW moments Walker, and as he was English too, I thought to try out TOTS Henderson in goal for the strong link. I wasn't expecting much, he made one silly mistake in my second FUT Champs game which made me think here we go again, as most keepers for me have been dreadful this Fifa. However, after his first few games he got better and better, and pulled off some absolute wondersaves to save me, and was consistently solid in goal, rarely making a mistake or being at fault for a goal. At 35k I think this guy is an absolute bargain.

Passing out from the back

Definetly a usable goalkeeper. I have used this card a bit this week in Division rivals, and it is not as bad as the price might suggest. He can be compared to Ter Stegen in some situations. He is good in the 1v1 situations and reflex saves. As he is a bit taller than Ter Stegen he covers a bit more of the goal. He did also save some shots from 10-20 meters that was expected to go in. Overall did a good job even tho the keepers in this game are in avarage trash. The standard of the goalkeeper is going to vary as the gameplay and all of the other aspects of the play affects how the keeper reacts. There wil be som inexplainable situations, but thats just the game, and there is nothing to do with that. I would say this card definetly is in the top five keepers in the Premier League, with the likes of Moment De Gea and TOTY/TOTS Alisson. I would overall suggest trying him, but not guranate that hi will be good as the game is so different from game to game, and the gameplay changes from each patch that is released.

Keeper Sweeper (with the instructions)

before you read this review, just a disclaimer that this is based solely on my experiences as a div 8 player and this sis also my first futbin review so please do not be so harsh. Alright here is a little bit of a background. . I am a div 8 player who will constantly get like 7 wins in wl at most. And i must say that this totssf dean Henderson have helped me get a new personal best of 9 wins (i know its not that impressive but hear me to). He is cat like reflexes and can handle the ball pretty well. He is also quite competent (ahem... unlike a certain totssf Leno). He can save the ball very efficiently and does not make too many mistakes (although you know its fifa 20 and there are so many dumb keeper error. Whats more he can deploy the ball very,well, say if i needed a quick long ball to one of my fast attackers he will always be there and snipe the ball far enough so my attackers can get there. He has provided a few assists this way. However as llike any keeper sometimes his passes are too weak and then fall straight to an attacker or the occasional weird clunky save an then there will be a stupid rebound goal. But overall hes got mnay more strengths than weaknesses and is great value for coins.

Can save a POTM WBY shot

Can pull of the occasional 30 saves game

Passing is too inconsistent

Makes questionable throws to the opponent