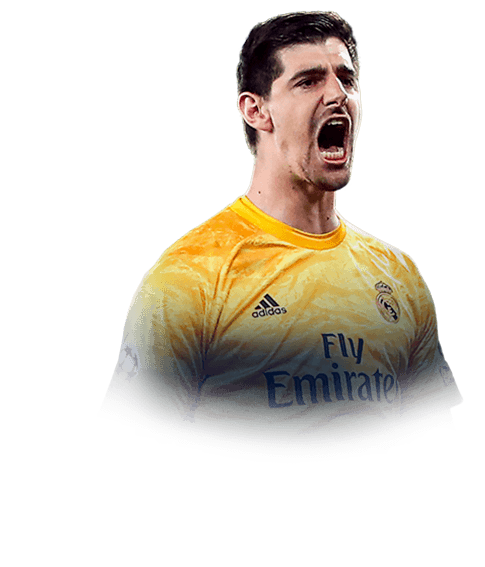 I am a fan of Chelsea...So here I am saying his good at this game....says a lot.

Looking at all the reviews so far saying that he is the worst keeper I have ever seen really made me think that maybe goalkeeper is all about luck or maybe...your not good at the game.

He is insane. He saved so many crosses into a volley, passes into the box shots in my weekend league that I could literally be 5-0 down without him. He does pretty well with 1 on 1 situation as well as he makes himself big, Which he is because he is 6'6 I don't have a good squad, I'm poor in coins, so I'm lucky enough to test him thanks to FUT Champs reward Player Picks.

So, after 45 games with Courtois, i've decided to sell him.

All my fut champ games with him went the same way, one shot outside the box = one goal (i don't blame him for the other goals) but it seems that he don't even dive for the ball, just sold him after a 7-5 victory with 5 shot on goal for my opponent.

don't dive when the shot is outside the box

played 2 games with 0 stops 12 goals, in the 1vs1 he moved away from the ball, he does not catch a ball, the serves are always given to the rival