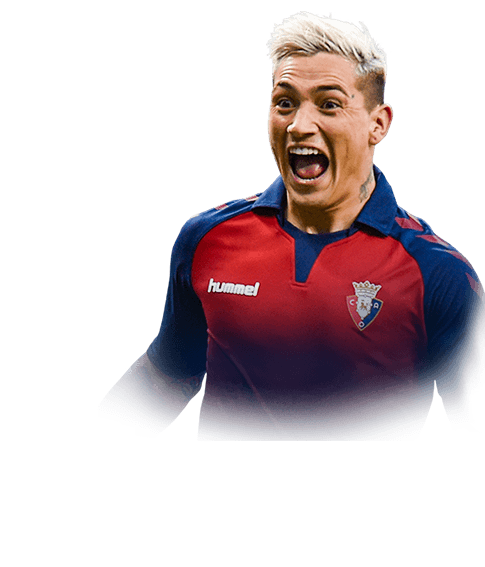 When I saw this card as the 4th league sbc card for La Liga I was very disappointed. He looked like a meh card and their could've been lots of better options here. But I still did him to see if he was anything special. And after playing some games I saw that he was an amazing finisher with some really good strength/pace and he went up well against players like Van Dijk/Boateng. However, he felt quite clunky on the ball and his 3 star skill move meant it was quite hard to get past players. So I would highly recommend having him as a get in behind striker because he will finish those 1 on 1 chances. His workrates weren't really a problem as I had him on stay forward. He also got pretty tired around the 75th minute or so. He's not an awful player, but if your gonna spend the full 300k for him, i'd say to rather buy a tradeable ST.

I'm plaing him on RAM with L.Martinez FS, Atal SS and Bergwijn FB. This is very solid player.

n 11 appearances over fut champs this week, DO NOT SLEEP This guy is a monster, 45 goals ON THIS CARD

willy too big, gets in way