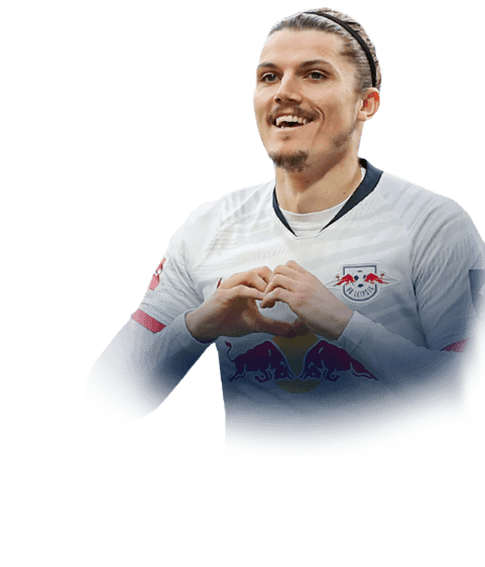 so basically I got him in the first few hours of his release and he's been absolute class. I grinded hard to get him but the objectives were pretty easy since I already had Austrian players in my squad. so I started using him with a hawk and this guy destroys defences. I played him in the cam position in a 4231. he's got amazing pace with a hawk. top tier passing, top their dribbling and his shooting is excellent, inside the box and outside the box. he's also capable of winning the ball back higher up the pitch with his good defencive stats and physical stats. he is also lethal from corners scoring two of the 12 goals from corners.

there aren't many things that aren't great about this card but if I had to find a con it would probably just be his 3 star skill moves.

Very good morning, afternoon or evening depending on where you are! This is my first Review towards a player in Futbin and why not better with one of the best cards in the bundesliga and the game in general.

Well, I start: I used Sabitzer and different positions (CDM, CM, CAM and ST) in a 4-3-1-2 or 4-1-2-1-2 (2) and the truth is that it is a complete animal, in all positions it performs wonderfully: Robberies, passes, dribbles (not slow when turning), shooting, speed, physical, ABSOLUTELY EVERYTHING!

With Sabitzer, I achieved a Gold 1 in the Fut Champions and to be honest, Marcel changed the team for good. I felt safe defining the goal with him and also when putting pressure on the rival defense, so it is totally recommended for every position from mid-court up.

The truth is that the challenges are not so far-fetched (some if, but with time and patience everything is done), and to be totally free, without spending coins (Depending if you have everything in the club) very good card, very complete and functional. Don't use Gullit 90 or 93 to compare him to Marcel, but they sure look alike in a lot of ways (taking out the 5 bad leg and 4 skills).

Dribble (Not slow when turning)

DEFENSE IN ALL ASPECTS

From the beginning of fifa 20 i do every objective player, for sbc, or icon swaps, or i will use him, it is always usable. I was hyperd about the bundesliga TOTS and when he came up, i've done it in 6 hours, i knew that he would be very good gullit gang card, not because of the stats and because of his links also(Lainer 88, Werner, Dani Olmo, etc.) ASAP i did him, i've waited for the new bundelsiga league sbc player and it was Nkunku. I did Nkunku and started my wl with them as CDM's. Sabitzer is doing great so far, he is participating in attack and defence both. One of the best objectives EA have released!

Tackles and positioning as CDM

Maybe his strength and agression, vs players with more PHY, he can't do nothing