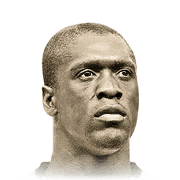 -
Sub out
Upcoming Matches
P. Chemistry
Squad chemistry
ST
85
RW
87
LW
87
CF
88
RF
88
LF
88
CAM
89
CM
88
RM
88
LM
88
CDM
81
CB
74
LB
78
LWB
81
RB
78
RWB
81
Reset
Basic
Sniper
Finisher
Deadeye
Marksman
Hawk
Artist
Architect
Powerhouse
Maestro
Engine
Sentinel
Guardian
Gladiator
Backbone
Anchor
Hunter
Catalyst
Shadow
Comments
Reviews
0
/600
Update my avatar Dos and don'ts
Top Rated
New
Controversial
Show comments
Top Reviews
Only logged in users can submit a review
A review must be written in English
At least 200 characters are required.
Compare this player to other similar players you have used(optional).
If you import your club to FUTBIN or send us an image with the player data(fill the form below) your review will be marked as verified.
Include what you liked about the player in the pros area and what you disliked about the player in the cons area.
Your review will be manually checked during the next 24 hours.
Chem Style Used
Formations
Position
Rate Player Base Stats (1-10)
Pace
5
Shooting
5
Passing
5
Dribbling
5
Defending
5
Physicality
5
Most Used In:
Submit Review

So, I opened an untradeable pack from the Feeze Promo SBC the other day and packed 91 Seedorf (a day after packing CR7 lmao). Anyways i wasn't too sure what to think about seedorf as ive used his baby in drafts and he was awful to say the least. However, upon playing with the prime in my squad i thought he was also awful UNTIL i put him as a holding/attacking CAM in a 4-2-3-1 formation. And oh my days has he bounced back. He's insane. He absolutely controls the midfield and even puts in decent tackles. After using him in this formation he managed to get 2 goals and 7 assists in the first 2 games. He reminds me a lot of IF red paulinho i had at the start of the year defense wise with 82 interceptions but like 4x better at attacking. Prime seedorf also has absolutely rediculous long range accuracy banging it in from anywhere and beating the likes of yashin, oblak, alisson and cech. His dribbling is also absolutely insane moving in and out of players with complete ease. I would have never of thought to buy him draining my coins on someone like seedorf but honestly. If you pack him untreadable you should be extremely happy, as i wasnt initally. And if you want a holding midfielder who changes and controls the game, buy prime Seedorf. Hes an all-round unit and can tackle players, hold the ball, make metal passes and bang it in the goal any where you feel like pressing shoot.

Shooting (anywhere on the pitch within reason)

Surprisingly fast-ish but 100% good enough for a CAM

Possibly agility but i dont see a problem

Maybe stamina too end game if you run him out