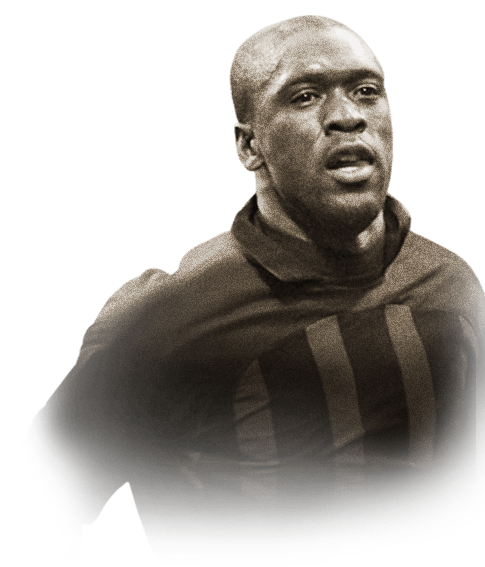 -
Sub out
Upcoming Matches
P. Chemistry
Squad chemistry
ST
87
RW
89
LW
89
CF
90
RF
90
LF
90
CAM
91
CM
90
RM
90
LM
90
CDM
83
CB
75
LB
79
LWB
82
RB
79
RWB
82
Reset
Basic
Sniper
Finisher
Deadeye
Marksman
Hawk
Artist
Architect
Powerhouse
Maestro
Engine
Sentinel
Guardian
Gladiator
Backbone
Anchor
Hunter
Catalyst
Shadow
Comments
Reviews
0
/600
Click here to verify your account in order to comment Update my avatar Dos and don'ts
Top Rated
New
Controversial
Show comments
Top Reviews
Only logged in users can submit a review
A review must be written in English
At least 200 characters are required.
Compare this player to other similar players you have used(optional).
If you import your club to FUTBIN or send us an image with the player data(fill the form below) your review will be marked as verified.
Include what you liked about the player in the pros area and what you disliked about the player in the cons area.
Your review will be manually checked during the next 24 hours.
Chem Style Used
Formations
Position
Rate Player Base Stats (1-10)
Pace
5
Shooting
5
Passing
5
Dribbling
5
Defending
5
Physicality
5
Most Used In:
Submit Review

4.5
YOU PAY FOR WHAT YOU GET
15 users liked this review

This is an in-depth review. So if you are looking at buying him the chances are you are in the same position as me, you have a lot of coins to spend on one player. Personally, I have a lot of untradeable players so I have only really tried icons because I need the links. Anyway about Seedorf, in the bracket of 1-2 million coins for a CAM, I can tell you right now he is the best out there. I was doubtful about it because he is in general supposed to be a CM buy my oh my what a player. This man is the most all-rounded player I have ever used. As a CAM he wins the ball back consistently throughout the game, has the same passing as some of the other class icons such as the man himself Xavi the router (creds to Manny), the same finishing as my Cantona (so op btw), and as swift as the players like Joao Felix on the ball. As you'd expect he is very strong and bullies the likes of Kante in CDM. If you are debating buying him just go ahead and do it.

Passing- Doesn't have the playmaker trait or the long passer but he feels like he has got all of them. His passing is up there with the best passers in the game.

Strength- He is not a big guy but he seems to shrug off players in a dual which is a real positive and what you would expect from a man like him.

Dribbling-4* skill moves is plenty and all skills feel very emphasized like Neymar and saint-maximin's.

Shooting- His long-range shooting is insane on both feet he doesn't know how to miss the target. more often than not his finesse shots fly into the top corner due to his 99 long shot and 99 shot power. weirdly most long-range goals have been with his left but I think that is just a coincidence.

pace- I use a hawk on him for the extra bit of pace and strength, it really makes a difference. It makes him so much stronger and really does give him the ability to bully defenders.

Such a fun card to use because of how swift he feels and I am a big fan of the player he was in real life. if you are a fanboy of Seedorf or you just want an amazing CAM to run your whole squad and drive your opponents crazy if you have the bag you are in the right place.

Last but not least is his comparison to other Icon moments. I think Seedorf might actually get slept on because he is an insane card and I haven't seen many YouTubers hype him up which usually helps the prices reduce over time. I think if you wait a couple weeks he will be around 1.3 million (when this was written).

For some reason, his defending is consistently reduced...