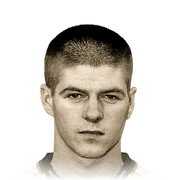 -
Sub out
Upcoming Matches
P. Chemistry
Squad chemistry
ST
84
RW
85
LW
85
CF
86
RF
86
LF
86
CAM
87
CM
87
RM
86
LM
86
CDM
83
CB
78
LB
81
LWB
82
RB
81
RWB
82
Reset
Basic
Sniper
Finisher
Deadeye
Marksman
Hawk
Artist
Architect
Powerhouse
Maestro
Engine
Sentinel
Guardian
Gladiator
Backbone
Anchor
Hunter
Catalyst
Shadow
Comments
Reviews
0
/600
Update my avatar Dos and don'ts
Top Rated
New
Controversial
Show comments
Top Reviews
Only logged in users can submit a review
A review must be written in English
At least 200 characters are required.
Compare this player to other similar players you have used(optional).
If you import your club to FUTBIN or send us an image with the player data(fill the form below) your review will be marked as verified.
Include what you liked about the player in the pros area and what you disliked about the player in the cons area.
Your review will be manually checked during the next 24 hours.
Chem Style Used
Formations
Position
Rate Player Base Stats (1-10)
Pace
5
Shooting
5
Passing
5
Dribbling
5
Defending
5
Physicality
5
Most Used In:
Submit Review

I was looking for an elite level CM to be a B2B force in my 433(2) side (squad attached). Gerrard is obviously a bit of a legend and the 80 pace mid version seemed like a good punt when compared with other decent icon CM options. I use an Engine on him.

I was more than pleasantly surprised.

One of the standouts is his movement, he's scored 11 goals in 6 games from CM, his runs are brilliant, 1-2's with the striker are great. He hasn't missed anything yet, I mean anything. His shots are either blocked or they go in.

Pace is good for a CM, can go past an opponents CDM which is really useful, especially when combined with his great attacking AI.

The passing is unreal, He sets up so many goals for CR7 with through balls, or inside the full back to Fati. 13 assists in 6 games from CM is a great return. He also takes my corners for CR7 to nod in.

His aggression is good too, chases down ball carriers well.

Passing (excellent through balls and short passes), rarely gets intercepted.

Shooting, hasn't missed yet shots are either AI blocked or they go in.

Pace, good for a CM, of course not lightning but feels as quick as De Jong in game.

I genuinely don't see a downside to this card. He does it all. However you could argue he is definitely a CM, probably not quick enough to play CAM/CF and maybe too attacking for a lone CDM, although I think could play 2 x CDM formation well.

If anyone didnt get the title, you are probably not a liverpool fan, like me.

But this year, This Version (atleast) is not only for us reds, he is really worth the money for how he plays in game.

I haven't tried any Midfielders in this game i enjoy more than mr. Army cut here.

If you need a stay back CDM, i wouldnt recommend him, but as a CM or a balanced CDM, even honestly as a Cam.

He is a beast. His Passing is amazing, his dribling is quite good, his Shooting is amazing, attacking presents amazing. He feels very fast. he doesnt position himself like a roy keane or Kante would to take the ball. But when he goes in a tackles, he wins it everytime. (i have a shadow on) He feels very strong.

i was using him in the Fut Friendlies live with the 77 Rating, instead of everybody using Mbappe, Neymar, rashford and so on from the bench.

i won 30 out of 32 matches, he was really a game changer, even in his position.

Passing (probably the best i have tried in the game, maybe along side Messi)

Shooting Amazing on his Right foot.

Attacking position, he seems to always pop up with a goal.

Physical - the guys sprints the whole game and bullies everyone

Pace - 90 with a shadow is very good, he actually feels like 90 .. way faster than players like de jong.

3 Star WF - its a shame, if you hit it with the left, its very often shit.

he is not a player for cleaning up in defense.

3 Star skills i guess, but didnt really annoy me.