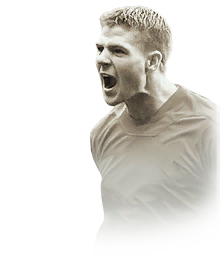 I’ve used all Gerrard Cards at this point. Yes, I am a huge Gerrard fan so I must have the best of the best. However, this does not mean the HIGHEST rated card but how I feel inside the gameplay.

Thoughts: Best CDM (has to link with Kante or someone fast), Incredible passes, always intercepts the ball at the right time, low pace but made up with defending awareness, and it was my favourite version.

There is something about this card that is soo special. His stats are a lie. Absolute Beast. He can play anywhere.

Thoughts: There are plenty that i find wrong with this version. Pace is still not as good as I was expecting. Very difficult to intercept the ball, Defending felt it was -20 then Gerrard (86). But maybe some other people might find him extremely good.

Thoughts: When this card was released, I was very skeptical as I DID NOT like Gerrard (91) at all. But eventually I had to try him out. I must say this feels extremely close to Gerrard (89) which I LOVED. Add everything up and max out his shooting stats with attacking position.

Speaking of Attacking, I was debating whether to put Beckham (92) as CAM or Gerrard (92). Believe it or not, Gerrard is miles better to play CAM. This guy AI has insane Attacking Positioning in game and always at the right places, but I must say his pace to get in behind is a bit lacking. Do not expect him to run in the box from the middle like Rooney or Mane. His Long Shots are insane, but FIFA 21 isn’t known for letting long shots in sadly. Finishing is top but I would not say he is lethal because of his 3 Star Weak Foot.

Moving on to Defending, I was impressed his aggression to fight for the ball is insane. Heading is not that effective but gets the job done. One thing I was nervous about is his HIGH/MEDIUM Workrate, sometimes he does not seem to run all the way back to help with defense that is also a contribution to put him on CAM.

Next stop is Passing, the only reason why I rated him 9/10 is because I have Beckham. Becks can literally cross and through anywhere. But this is a Gerrard review. He can do the same too but less curve/bend. Just aim and pass he will not miss. You can even close your eyes and do it.

So how is Dribbling, do not get fooled by 88 Dribbling Stats because it does not mean you can do fancy tricks and turn like crazy. It felt more of an 80 Dribbling to me, but I rather play one-two than dribble with him.

In term of price, I would say get Gerrard (89) because it feels the same except less insane shooting and H/H might be better suited for other players looking to use him more defensive area. But if you like a Gerrard going upfront and scoring more often, I would suggest this card.

Yeah just check the other review, he's very decent for his price and his passing/ shooting is very usable and important. He is an icon of the football scene so it is very nice for this card to exist and be so obtainable. He's like + 3 on everything to what you'd expect i'd say - so a little faster, better at defending, physically and wf i'd say feels more like a 4* than a 3* (might be just coz his passing and shooting is so good).