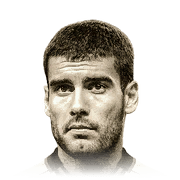 So I'm writing this review because I think that there are a lot of people not knowing the potential of this card to strenghen their teams.

I haven't myself until I was searching for a decent replacement for Kanté in my 442 formation.

I know that I am using a fairly expensive team, and the only lack I've felt was using Kanté and Kyle Walker.

I'm not gonna lie, Kanté is fairly decent. I can recommend him if you use him as a CDM in a formation where he hasn't to be a playmaker. In 442 I feel that you need two midfielders, being able to literally do everything. Kanté was really sick when it comes to defensive awarenesses (played him for more than 500 Games) and I found his biggest weakness to be his passing. I found a way to make him work with catalyst chemstyle, but in the end this didn't give me the endgame defensive boost that I was looking for.

I thought about buying a new B2B midfielder considering the fact that Matthäus (which I do switch to CM and Marquinhos to CB) does have insane defensive stats, but his H/H workrates and his really crazy Impact on my team showed me, that he has to stay on that B2B spot.

A friend of mine recommended mid Pep to me and I wasn't crazy about that Idea but I decided to give him a shot. Obviously coins are not my biggest issue, so I immediately went for his prime.

And boy. Was that the best decision of my life.

I do like his workrates because I was looking for basically Kanté with better passing. Well basically for a card to be able to use shadow on without having to care about his passing.

AND HOLY FUCK THIS GUY IS A MONSTER.

I don't know how viera feels. But Guardiolas Prime feels how I THINK Viera has to feel and this is crazy because he is not really expensive. He is by far better than Kanté ever was.

So if you are looking for a nice defensive player in your team to even make Klaiber work, I can absolutely recommend Peps prime. He is a monster and will not leave my team until propably TOTS.

So let me get you a quick overview of his Stats:

Well in terms of pace I think he is really decent, especially if you use Shadow on him. I haven't tried a different chemstyle on him and I think it fits him perfectly.

He is at least as fast as Kanté eventhough he feels A LITTLE BIT more clunky due to his lack of balance - but believe me - not an issue and hardly noticeable.

Wenn he is "only`" 81 rated and you don't need to boost it. He has great ballcontrol and can dribble himself out of dangerous situations, which is what I liked about Kanté as well.

He does feel a LITTLE bit clunky though, but believe me, nothing to care about!

Well that is actually the only stat I can't tell you anything about since I am not trying to shoot with him, I never even went to the opponents box with him. I play him as a defensive playmaker and that is what this card was designed for!

Well nothing to say about. 88 Rated, 88 is in the bag. He is a god in the defence and I can recommend him over Kanté- especially with that shadow boost.

He feels really strong, really good, his stamina lasts the entire game - you don't need a sub for him and you don't want one, since he will carry you the entire 120 minutes if necessary.

If I had to name one I could only tell his height, but not even that is an issue.

GO TRY HIM! You won't regret it.

This is my fist Review on futbín. I packed Guardiola out of a Prime Icon Pack 2 or 3 month ago and he was surprisingly good. But now with the new Meta cards my opinion has changed.